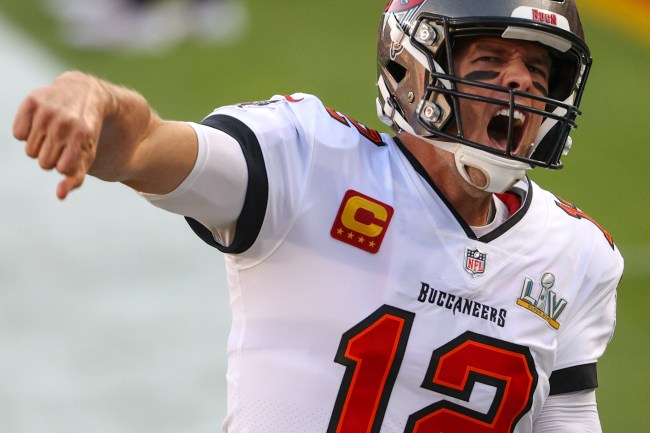 On October 3, 2021, Tom Brady is returning to New England for the very first time since leaving chowdaheads cold and shivering under the Zakim Bridge, in his quest to beat the only NFL team he hasn’t.

The cheapest ticket prices for the Week 4 matchup are Peloton-esque, and Brady’s dad’s pants are already getting tighter in preparation.

After the 2021 schedule was released, the seven-time (I can’t believe I’m writing that) Super Bowl champion tweeted out a painfully accurate metaphor about the colliding of worlds in early fall.

It’s like when your high school friends meet your college friends 😬 https://t.co/RF5zVB9rI1

As a chowdahead myself, I think I can speak for all of New England when I say that we’re in a bit of a pickle. Booing Brady would just be silly given all he’s bestowed upon us over 20 years, but cheering for him feels icky too given we spent a full season watching Cam Newton rocket passes into the dirt.

A lot of mixed emotions here, and the internet is the best way to parse through them.

Please just remember your high school friends loved you before the tan pic.twitter.com/AK3edsjcLO

More like when you go to your ex’s house with your new wife https://t.co/GyOjy8Ksjr

It’s more like when you ditch your best friends from home who you’ve known for 20+ years to travel the country/world with your new Bachelor ~besties~ who you met a few months ago. https://t.co/tPJo4ePIG2

Or like when dad said he was stepping out to buy more avocados only to come back home a year later with a new family 🥺😢 pic.twitter.com/WZhHKNQzmu

I love you but come October 3rd ..with ALL due respect and I mean that … we will respectfully lay an ass whoopin upon you .. again respectfully https://t.co/Ek9MDxk9k4

NOT TOM BRADY THROWING SHADE AT THE PATRIOTS OMG https://t.co/a3dIrV9ylw

Belichick when he sees brady after the game pic.twitter.com/7jeEZsI6JK

What a douchey thing to say about a team you won six championships with. https://t.co/ZZOzId609U

Brady showing up to Bucs training camp this year pic.twitter.com/4CAPoGZeY7

This begs the question: which group is more valuable in a man’s life, his high school or college friends? High school friends knew you before your glow up, when they had nothing to gain. College friends just ride the wave. Who do you call when you’re broken down on the side of the road?