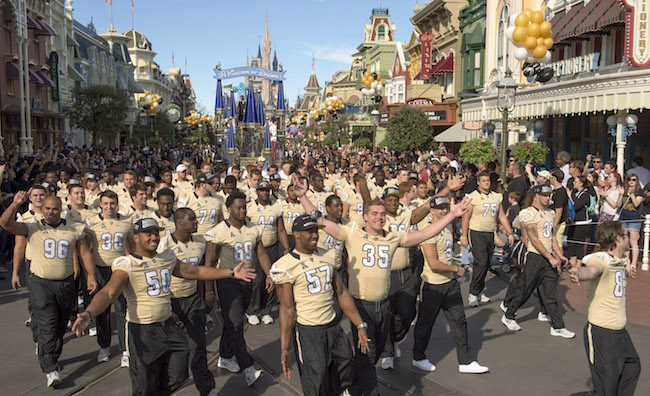 The history ebooks will show the Alabama Crimson Tide were crowned the champions of the 2017-18 college football season thanks to what would have been the craziest game-ending play of the year until the Minneapolis Miracle had other ideas. However, as far as the University of Central Florida is concerned, there should be an asterisk in the record books based on the Knight’s exclusion from the College Football Playoff.

The Knights— who went undefeated on the year after securing a victory over Auburn (who had previously beaten Alabama) in the Peach Bowl— have been trolling the rest of the college football world by continually referring to themselves as the real national champions. They’ve celebrated in a wide variety of ways, including holding a parade at Disney World and making a banner commemorating their season. They even managed to convince the Florida legislature to approve the creation of a license plate commemorating their “achievement,” which basically makes it official.

Despite the attempt of Knights fans to goad Alabama into facing off against the team, Crimson Tide players have been pretty dismissive of the squad they view as the annoying nine-year-old cousin who won’t stop asking them to play. However, the school continues to poke the bear and did so most recently when its police department unveiled a patrol car with a particularly provocative paint job.

As someone who repeatedly spends more money than I should for the sake of the joke, I can’t give UCF enough credit for committing to this bit like they have.