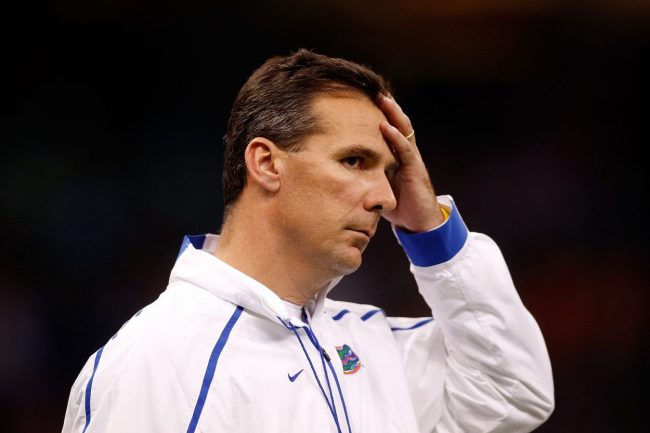 Urban Meyer is simply not a good guy. We know this. And yet, somehow, more and more instances of him being a jerk continue to surface.

Earlier this week, Meyer was fired by the Jacksonville Jaguars. Because he was let go for/with cause, the team is refusing to pay him the remainder of his salary.

The reason for Meyer’s firing is primarily five-fold:

Meyer recently spoke out for the first time since his firing and denied everything that went down in his final weeks, but apologized. Considering that multiple reports have confirmed all of the incidents (at least to some extent), he is probably just trying to self-justify his actions and make a case for the team to pay him out.

All of this stuff that happened with the Jaguars is just the latest in Meyer’s 20ish-year head coaching career that began at Bowling Green in 2001. He is an objectively bad person.

Days after Meyer was fired, one of his former players at Bowling Green spoke out against him and alleged abuse. And now an old video from Meyer’s time at Florida has gone viral.

It’s, yet again, a terrible look.

In 2010, the then-Gators coach came under heavy fire for his treatment of well-known reporter Jeremy Fowler. Fowler accurately quoted one of the Florida players, but Meyer didn’t like that he did.

Fowler quoted wide receiver Deonte Thompson, who called John Brantley a “real quarterback,” which was throwing shade at Tim Tebow. Meyer, who we know loves Tebow more than most, didn’t like that Fowler did his job correctly.

After practice one afternoon, Meyer went over to Fowler and proceeded to rip him apart for the accurate reporting. He called him a “bad guy” multiple times, threw a fit, and threatened to ban him and his publication from practices.

Fowler, in response, handled himself really well. He defended himself for a moment before eventually moving on, because Meyer simply wasn’t worth his breath.

Meyer later issued an apology and met with Fowler to discuss what happened. Fowler said that the conversation was “constructive” and that he accepted Meyer’s apology.