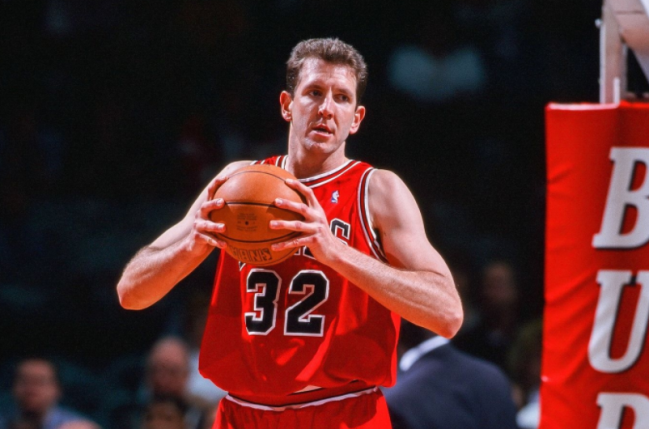 Scottie Pippen has been making headlines practically every day for a week straight now. The former Bull has outed Michael Jordan as a cheat, took shots at Kevin Durant, called Charles Barkley fat, and most recently now called his former head coach Phil Jackson a racist.

The timing of Pippen popping up in the news isn’t a coincidence, however, at least not according to former teammate Will Perdue. He thinks Pippen’s comments, specifically his claims that Jackson is a racist, are just “a PR media stunt.”

Pippen thinks that Jackson’s decision to draw up a final shot for teammate Toni Kukoc in Game 3 of the 1994 Eastern Conference semifinals was a “racial move.” Dan Patrick even asked Pippen if he thought Jackson was or is a racist, and Pippen answered by saying “oh yeah.”

None of this is adding up to Perdue, however, who told 670 The Score he’s listened to Pippen’s claim about Jackson being a racist 30 times but he’s still scratching his head.

“He’s got the Digits bourbon, he’s got the book coming out,” Perdue said on the Bernstein & Rahimi Show. “Is some of this being misled by another individual? Now, I don’t know the answer to that. The timing just seems a little odd, that’s all.”

Perdue explained that his experiences as a white man are different from those of black men. He also said that Pippen needs to give specific examples of Jackson’s alleged racism or have other teammates back up his claims.

“Also, in my opinion, he needs to give specific examples. He needs to have somebody back him up, Perdue explained.”

“He needs to have other teammates step up and say, ‘I experienced the same thing.’ I don’t want to sit here and say, ‘No, this didn’t happen.’ Because I can’t sit here and give you a 100% certainty answer that this did not happen. I can say that I didn’t experience it, but then at the same time, I’m white and I’m answering these questions.”

Perdue said he has reached out to some former teammates since Pippen’s claims of Jackson being racist, but none seemed to understand Pippen’s comments or mindset either.