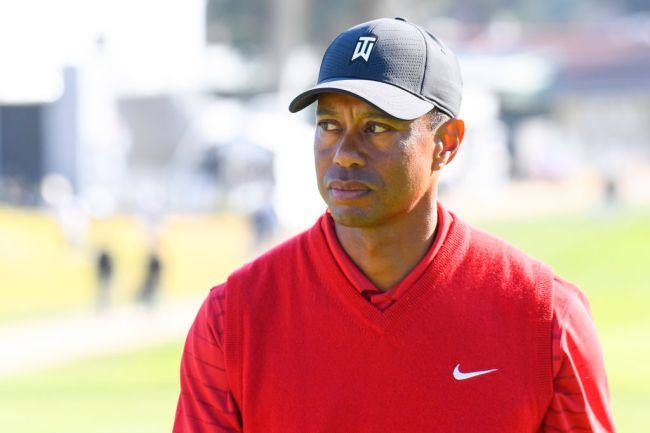 The last update we’ve heard from Tiger Woods and his team regarding his single-car crash came on March 16 when it was announced that Woods had left the hospital and returned to his home in Florida to continue his recovery. Woods obviously won’t be teeing it up in this week’s Masters, but many have wondered if he could still make an appearance at Tuesday night’s champions dinner.

Bill Mallon, a former PGA Tour player and now the Associate Consulting Professor of Orthopaedics at Duke University, previously gave his thoughts about Woods’ injuries, surgery, and what his recovery may look like. On Monday, he offered his opinion on whether or not Woods would be able to make it to the champions dinner based on his estimated recovery time. 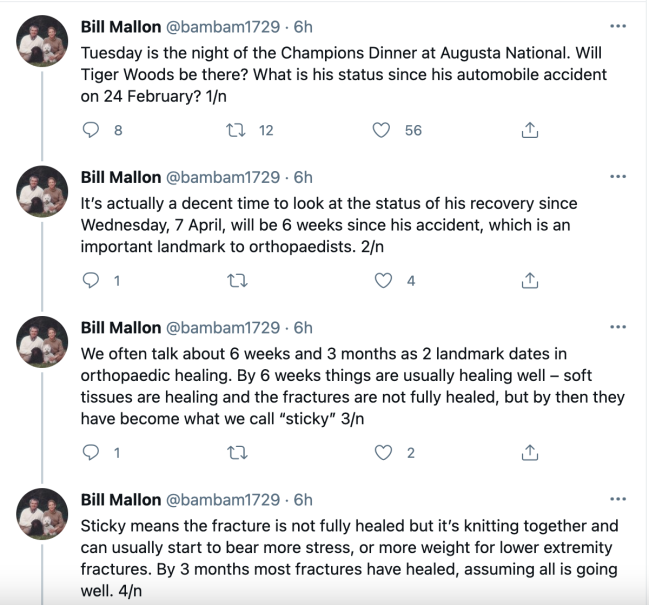 After explaining what stage of the recovery process Woods may be in, Mallon went on to explain that no news from Tiger’s camp is most likely a good thing. 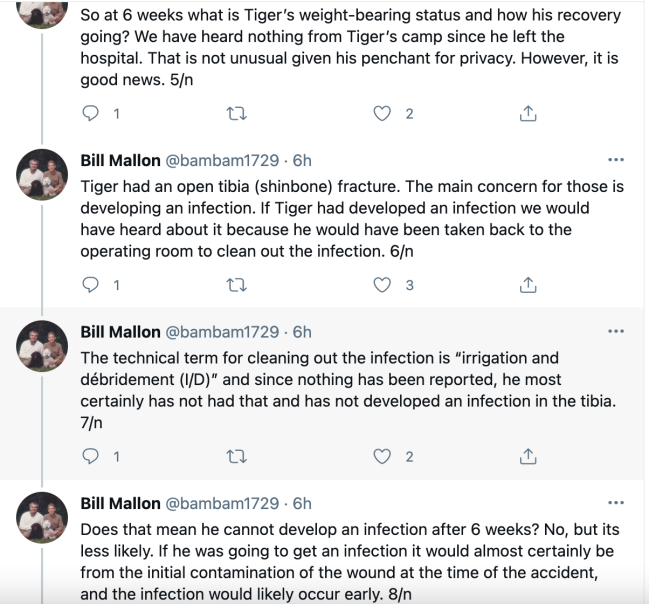 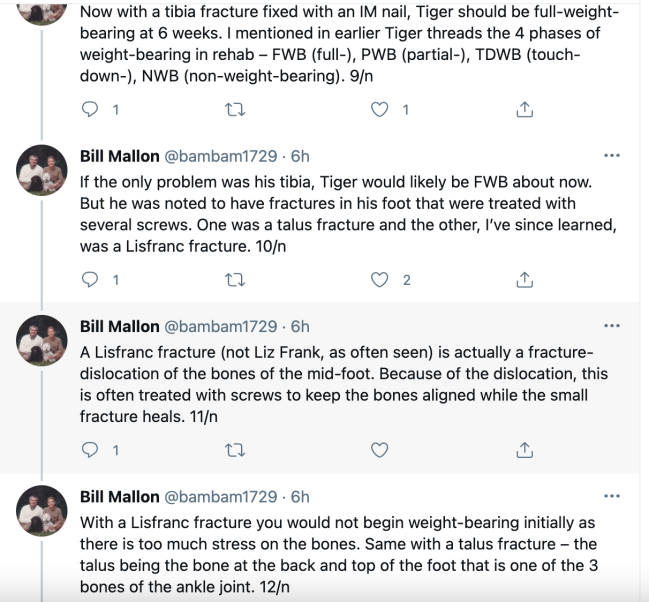 Ultimately, nobody knows the full extent or severity of Woods’ injuries and how exactly his operations went. Having said that, Mallon explains that if everything is healing well, Woods should be starting to put weight on his injured foot and ankle, but could be using a cane or a walker. If that is the case, and given how private Woods is, Mallon thinks it’s highly unlikely Tiger makes an appearance at this year’s champions dinner. 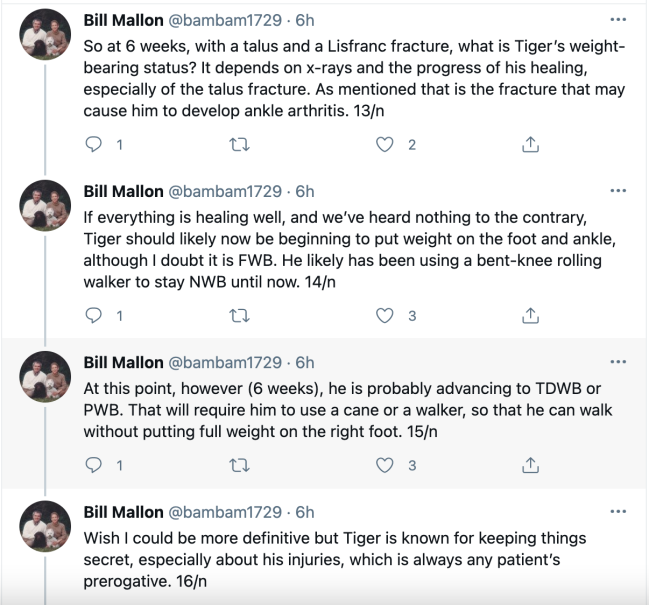 Woods suffered “comminuted open fractures affecting both the upper and lower portions of the tibia and fibula” in his right leg during his single-car crash in February. A rod was inserted into the tibia for stabilization and screws and pins were inserted to stabilize his right foot and ankle. “Surgical release of the covering of the muscle and soft-tissue” of the leg was also used to relieve pressure due to swelling.