Will Zalatoris Gives A Special Shoutout To The ‘Instagram Morons’ Critiquing His Golf Game After Runner-Up At U.S. Open 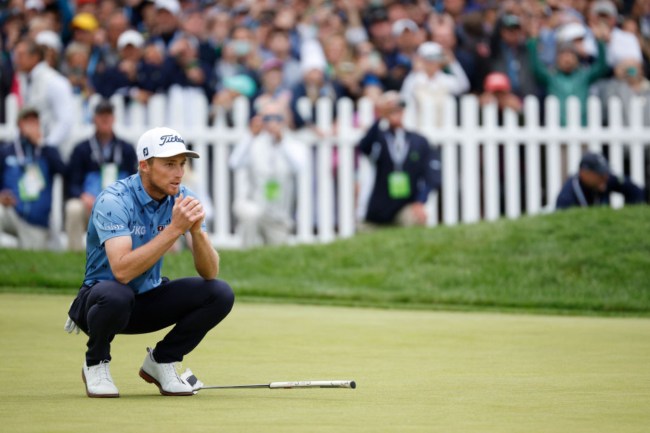 Will Zalatoris has played in nine major championships at this point of his career. In those nine starts, he’s finished no worse than T-8 in six of them including three runner-up finishes. While he’s yet to find the winner’s circle on the PGA Tour, it’s safe to say that the 25-year-old has figured out how to play well on the game’s biggest stages.

While Zalatoris’ game speaks for itself, he still hears it from the self-anointed golf gurus on social media, especially when it comes to his putting stroke.

He just expects to get on social media after any round and receive some hate, so after his T-2 finish at the U.S. Open on Sunday he got out ahead of things shouting out the “Instagram morons” that were inevitably going to comment about his swing and/or stroke.

“I honestly don’t know what to take from this yet,” Zalatoris told the media while reflecting on Sunday’s performance. “I was pretty pleased just because I’m known for my ball-striking. I’m sure all the Instagram morons are going to say it has something to do with my left wrist flexion coming down, but I promise you, it’s got nothing to do with it.”

It’s interesting for him to mention a specific part of his downswing as something the haters may go after while most of the hate has been directed toward his putting stroke.

Zalatoris’ putting stroke, especially on short-range putts, isn’t exactly pure. He’s got a tendency to immediately take his putter inside on the takeaway, pause, and then strike the putt nowhere near the center of the face.

His not-so-pretty putting stroke went viral down the stretch of the PGA Championship earlier this year. It’s specifically that four to seven-foot range where his stroke, and statistics, fall off.

Nevertheless, he’s made over $6 million with that stroke this year alone.