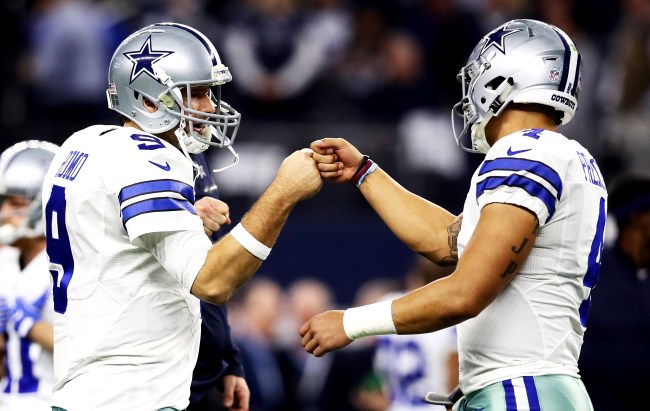 The Dallas Cowboys may not have won a Super Bowl in 25 years, and only won four playoff games in that same timespan, but no one can say that the team hasn’t had some prettay good quarterbacks at the helm over the franchise’s storied history.

That’s one hell of a list for sure. But ranking them? That’s a little more difficult.

In the 86-year-old football wizard’s eyes, it goes Staubach at number one, followed by Aikman, Precott, White, and then Romo.

Staubach and Aikman are kind of no-brainers at one and two, though you could argue that they should be switched since Troy won three Super Bowls while Roger won just two, plus Aikman threw for over 10,000 more yards. 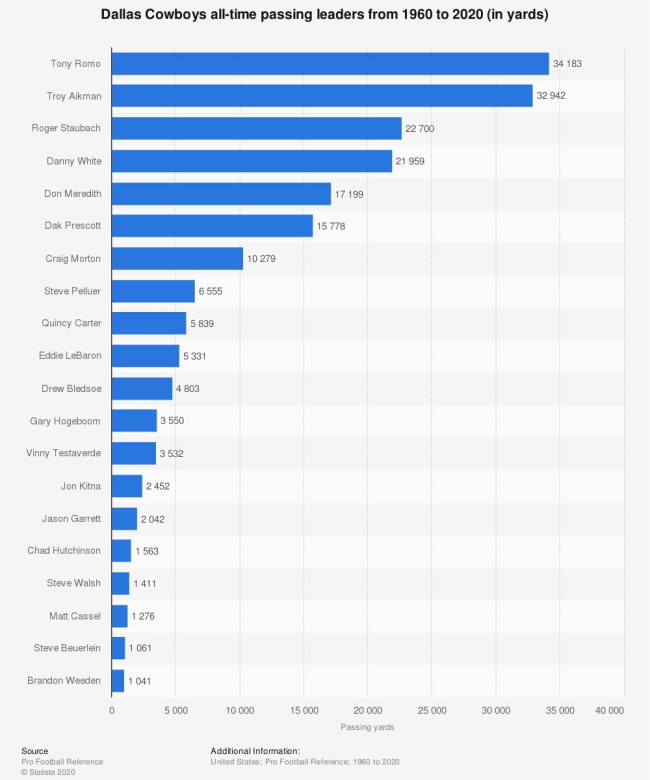 After that, however, things start to get a little dicey.

Romo, for example, is the Cowboys’ all time passing leader in yards and touchdowns. Danny White is fourth in passing yards, and third in touchdowns. Prescott, meanwhile, still ranks behind all four of the QBs Brandt lists, plus Don Meredith in both touchdown passes and passing yards. Romo also won more games in his career than White and, so far, Dak.

So, because Cowboys fans gonna Cowboys fan, they started fighting with one another over where certain quarterbacks *cough Romo cough* should be ranked.

It has been a very entertaining “discussion.” Here’s just a taste…

Love you Gil...that's why I'm going to help you out here... pic.twitter.com/BAojBOYZV1

The Romo disrespect on here is insane. Dude holds every franchise passing record and we're putting him behind Dak and Danny White? This is ridiculous.

Romo was better than Aikman. Would've murdered the entire lesgue if he had the squad around him that Troy had.

Dak isn't even a top 5 yet. I have it Roger. Troy, Romo, Meredith and White.

Meredith and Morton should be rated above Dak

Danny White led the boys to 3 straight NFC title games in the 80s he should be #3! Don Meredith should be on this list and Dak should be taken off. Matter of fact you could replace Romo with Craig Morton who led the Boys to a SB

What has Dak done, in any way, shape or form, to have earned that #3 spot?