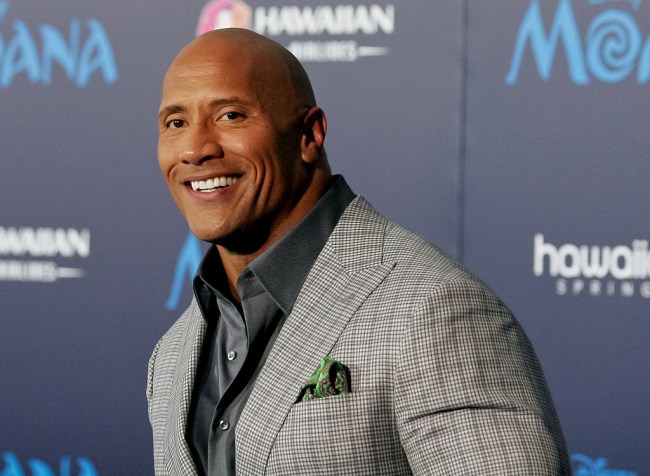 After months of speculation and Dwayne Johnson teasing his upcoming tequila brand in several Instagram posts, The Rock finally unveiled the official name and release date of his own tequila.

Many expected The Rock’s tequila to be named “Mana” after Johnson applied to the U.S. Patent and Trademark Office for the brand name of “Mana” around this time last year. However, the trademark was rejected because it was too close to other projects. Not to be deterred, Johnson renamed it “Teremana,” which “Tere” means “Earth,” and The Rock said, “Mana is our powerful Polynesian spirit that guides us. Spirit of the earth.”

The Rock teased the official name in April on Instagram with a photo of many bottles of blanco, reposado and añejo tequila samples.:

“Spent all weekend taste-testing every batch of my new tequila fresh out of our barrels from Mexico. I’m very passionate about my new tequila we’re developing. It’s been years in the making and every road has led here. Lots of growing excitement. Mana, passion, positivity, hard work and fun. This one’s for you world, let’s have a drink. #Teremana #tequila #innovation #2019.”

“Our goal is to create a tequila that is the best of quality and taste, but done the right way – by hand,” Johnson said on Instagram with a photo of himself at the Distilleria Teremana in Mexico. “After years of hard work, this blessing is truly a dream come true – but it’s just the beginning and there’s much work to be done. I’m committed with my team to bring you the best tequila, because quality and legacy are what matter most.”

The Rock’s Teremana will be a “small-batch” tequila made with 100% blue agave from the highlands of Jalisco. Dwayne Johnson said his celebrity alcohol is “almost ready” and gave a release date of the first quarter of 2020.

The Rock is about to enter the already-crowded market of celebrity spirits that includes Michael Jordan’s Cincoro Tequila, Matthew McConaughey has his own line of Texas-inspired Longbranch Whiskey with Wild Turkey Bourbon, Ryan Reynolds acquired Aviation Gin, Bob Dylan has his own line of whiskeys and bourbons called Heaven’s Door, Wu-Tang Clan have their own brand of vodka, Diddy has Ciroc Vodka, Drake has Virginia Black Whiskey, Connor McGregor has Notorious Irish Whiskey, Channing Tatum has Born and Bred Vodka, Justin Timberlake has Sauza 901 Tequila, Dan Akroyd has Crystal Head Vodka, Kenny Chesney has Blue Chair Bay Rum, and rocker Sammy Hagar is working on a new tequila with celebrity chef Guy Fieri.