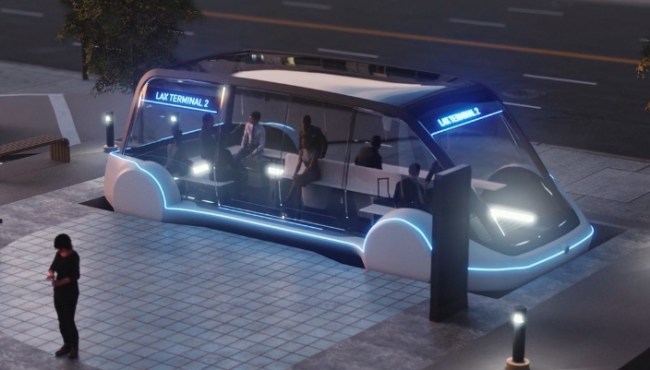 Elon Musk has an impressive ability to keep his name in the headlines, whether we’re talking about filing a trademark for his own tequila or getting fined $20 million by the SEC for making a weed joke on Twitter while (allegedly) tripping on acid,

However, when he’s not shooting himself in the foot on social media, Musk dedicates a solid chunk of his time to dreaming up ways to ferry people around the planet and beyond.

After raking in a laughable amount of money during the Dot Com Era, Musk decided to use some of his billions of dollars to enter the outer space game in the form of SpaceX before eventually deciding to turn his attention to terrestrial travel with Tesla.

However, that somehow wasn’t enough to keep him occupied and Musk has since entered the world of mass transportation, where he introduced us to the concept of the HyperLoop.

Another key aspect of Musk’s quest for transportation domination is The Boring Company, the tunnel-digging expenditure that was partially funded by the sale of flamethrowers.

The Boring Company was recently given permission to dig a two-mile test tunnel under the streets just outside of Los Angeles, where Musk hopes to revolutionize how people commute around the infamously gridlocked city.

A few months ago, the entrepreneur shared some footage of the project and showed off a video of a Tesla zooming down the track.

Now, it appears he’s ready to turn things up to 11.

On Sunday, Musk hopped on Twitter and posted a few of messages that hopefully won’t result in a gargantuan fine from a federal agency.

The first tunnel is almost done

According to Musk, there will be a party to celebrate the opening of the tunnel that night before the general public will get the chance to test it out for themselves the following day.

Opening event that night & free rides for the public next day

Musk says the train, which has been dubbed “The Loop” (not to be confused with the HyperLoop) will travel as some seriously impressive speeds.

Choo choo! All aboard the future train!