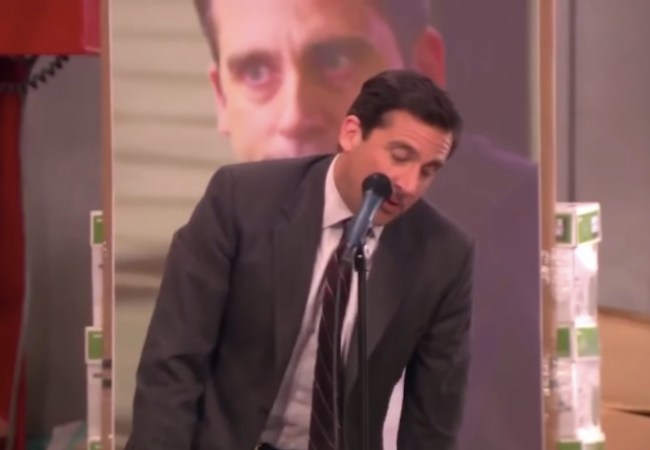 Thankfully for all of the diehard fans out there, the show lives on thanks to reruns on Comedy Central and the ability to binge-watch on Netflix. There’s also the official YouTube channel for The Office which is really the only source of quasi-new content from Dunder Mifflin.

Over on YouTube, they’ll usually drop ‘best of’ tributes and compilations by chopping up a bunch of different scenes from various episodes together so it all feels now. This clip’s different, for this one they’ve released a full 5-minute extended version of The Roast of Michael Scott.

This deleted scene from Season 5, Episode 14 ‘Stress Relief’ is one that most diehard fans of The Office have only ever seen portions of.

Of course, we did see a portion of this roast in the show and it wasn’t so much of a roast as it was the Dunder Mifflin employees skewering Michael’s incompetence, but this extended cut is great. Check it out and share it with your friends who can’t get enough of Michael Scott: