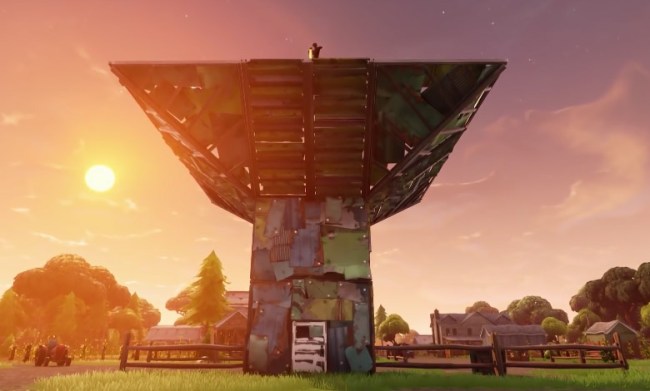 Fortnite has become the Pokemon Go of 2018, taking over the minds of millions of gamers the world over. The game is reportedly raking in about $2 million a day from iPhone users alone. In fact, it’s made more money on iOS than Pokemon Go, Clash of Clans, and even Candy Crush.

Everyone from professional athletes to celebrities are hooked on the game.

Part of the game’s appearl has been the various skins and special items that you can acquire to help you in your quest for Fortnite domination.

One of those items is the recently released Port-A-Fort grenade. The idea behing the grenade is that you can instantly build a defensive structure to “fortify yourself in seconds, all with the flick of a wrist.” Which it does.

However, gamers being gamers, people have now figured out that Port-A-Fort grenade can also be used as a deadly weapon. As in, you can instantly build a fort ON TOP of your opponent killing them instantly.

How to use a Port a Fort correctly Lolll pic.twitter.com/7jlPlUZ9lN

The creativity here is astounding.

THE BEST USE OF THE PORT A FORT YOU WILL EVER SEE! 👀🔥🔥 pic.twitter.com/RdGThAb3rU

Using a Port-A-Fort to negate fall damage from a skybase. #Fortnite