Gamers Are Livid When A PS5 Scalper Gloats About Ordering 2,000 Of The Hard To Get Consoles 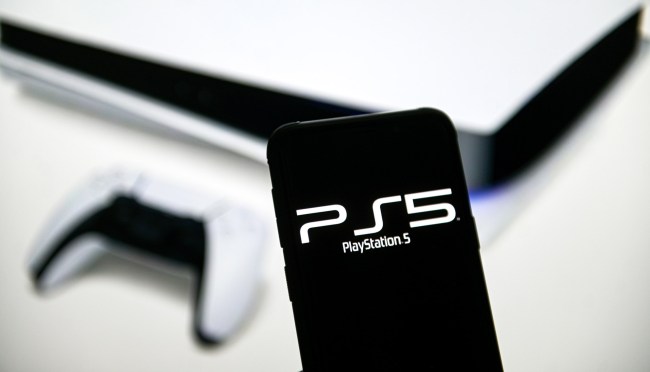 Not a week has gone by since the launch of the Playstation 5 (PS5) that there hasn’t been some sort of announcement that either (a) retailers are completely sold out of the console, or (b) retailers are about to stock more of the video game system.

Gamers have been going to absurd lengths in an effort to try and purchase one of the PS5 consoles.

For example, one Space Force airman was demoted a rank for missing training because he was trying to buy one.

Related: A Man’s Wife Made Him Sell His PS5 After He Tried To Claim It Was Actually An Air Purifier

As a result, the resale market for PS5 consoles has become out of control with prices reaching astronomical heights and scalpers using bots to buy up large lots of the popular gaming system.

On Monday, UK retailer GAME released new stock of the PS5, and as has been the case since its launch, the pricey consoles sold out almost immediately.

Unfortunately, one scalper group that goes by the name of Carnage, gloated on Twitter about placing an order for 2,000 of the consoles.

Carnage bots doing better than ever from @GAMEdigital's PS5 stop drop this morning. Really sad. I want a PS5 badly but refuse to fund scalpers so will just have to wait it seems. pic.twitter.com/BsvMOwSyQZ

As one would expect, this bit of bragging caused gamers who have been fruitlessly trying to score a PS5 to become rightfully incensed.

The bot scaplers carnage have got them all again. At this point not worth trying anymore #ps5restock #ps5

@GAMEdigital I hope you're going to cancel the preorderes for the PS5 that Carnage bot purchased to scalp the genuine buyers like me. 😡

@Carnagebot is a major scalper and has just secured 2000 PS5 pre-orders from Game. @GAMEdigital needs to do something about this. Too many people who genuinely want one are being screwed out of it by this piece of scum.

Carnage, which proudly boasts it is “the first UK/EU dedicated toy and miscellaneous collectibles bot,” has since made their Twitter account private.

This isn’t the first time this has happened either.

@AskSmythsToys Hi there, any chance you can clear up my concern.... Why has a carnage bot bought up 100 Ps5 consoles in under 1.8 secs during the last drop yesterday and why is nothing in place to stop this! It's an absolute disgrace! Why not have a pre order waitlist?

When asked about Carnage’s attempt to buy 2,000 PS5 consoles, GAME said in a statement, “PS5 continues to be in very high demand and that demand far outweighs current supply. We have strong measures in place to help ensure that our ‘1 per customer’ statement is maintained to allow for as many individual customers to successfully purchase as possible.

“All pre-orders are subject to automatic checks and order updates such as cancellations following these checks take place after a customer will have received a valid order confirmation email. At the present time these orders are still pre-orders and as such no payments have yet been taken from customers. Payments will commence once our order checks have been completed.”

Nowhere in there, however, does it specifically say scalpers like Carnage are guaranteed to not find some kind of loophole to exploit their system, so… good luck.