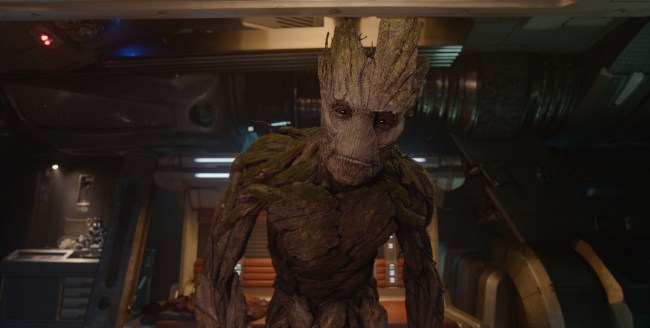 Guardians of the Galaxy is one of my favorite movies. Not just in terms of the Marvel Cinematic Universe — in that regard, it’s literally my favorite — but in general: I’d reckon the film cracks my Top 20ish (?) of all-time. In fact, you could make the argument that it’s one of the best sci-fi films of the 21st century so far, in the sense that it bears space-opera similarities to that of the original Star Wars.

One of the greatest strengths of Guardians of the Galaxy — and most excellent movies — is its pace. There’s not a misused moment nor a scene that drags on too long. You never find yourself checking your watch or the clock on your iPhone. It crackles from start to finish.

RELATED: This Is The One Line Disney Cut From ‘Guardians of the Galaxy’

Crafting a perfectly paced film is no small feat, as it requires both restraint and flourish, hesitance and acclerance. As a result, some scenes, however wonderful they may be, find themselves on the cutting room floor, such as this “Last Supper of Groot” that Guardians director James Gunn recently unveiled on Twitter.

As for why he decided to cut the scene, Gunn said that not only did he find the moment to be “on the nose” in relation to Groot’s eventual sacrifice, but he couldn’t find a way to seamlessly work the moment into the film without disturbing the “flow” of the movie.

We’re covering all things Marvel Cinematic Universe, including Loki, over on the Post-Credit Podcast, so make sure to check that out if you’re an MCU fan.