Oh Hell Yes, Lindsay Lohan Is FINALLY Going To Star In Her Own Reality TV Show 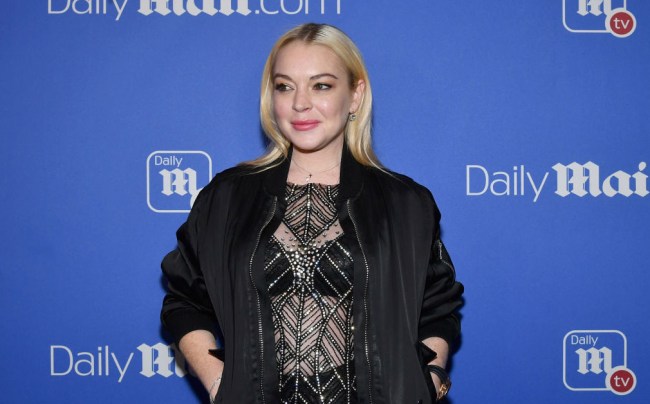 Granted a Lindsay Lohan reality TV show would have been even greater had it occured ten or even five years ago, but seeing as how it is so direly overdue to happen and the fact that Lohan is still only 32 (!) this news is not shocking, but it is welcome. Very, very welcome.

That’s because, despite Lohan no longer being an A-list star, she still has a whole lot to offer to a reality TV audience.

For instance, in just the last year and a half here are some concepts that would be have been stellar for a Lindsay Lohan reality show.

• Lindsay’s desire to play the live-action version of The Little Mermaid.
• Lindsay saying that she was racially profiled at an airport.
• Lindsay misguidedly sending old pals Britney Spears and Paris Hilton a birthday invite.
• Lindsay skipping out on her own brother’s wedding.
• Lindsay somehow landing yet another fashion shoot.
• Lindsay tweeting at President Trump to meet her in Asia.
• Lindsay making a very public, and poorly received, effort to be cast as Batgirl.

Tell me you wouldn’t watch the shit out of that show.

According to Page Six, LiLo’s show will start shooting in ­­August and be based on her businesses in Greece like the nightclub and two beach houses that are named after her there. (No, I did not just make that up.)

Bunim/Murray Productions, the company behind Keeping Up With the Kardashians and Road Rules will reportedly produce Lindsay Lohan’s reality show for MTV.

“Lindsay is telling pals that she has a signed deal for a new reality show,” a source told Page Six. “Bunim/Murray is producing, and it’s about Lindsay’s new beach club in Greece.”

The source added that the series — “a cooler, hipper, edgier ‘Vanderpump Rules,’ ” presumably with Lohan at the center as the Lisa Vanderpump-like character — will start filming at her new Lohan Beach House on Mykonos in August.

The source said the show will introduce Lohan and the central characters while the Mykonos scene is in full swing — and then, after the summer, will shift to follow Lohan and her crew going about launching a new location of the beach club

Don’t know about you, but I am all in for this show.