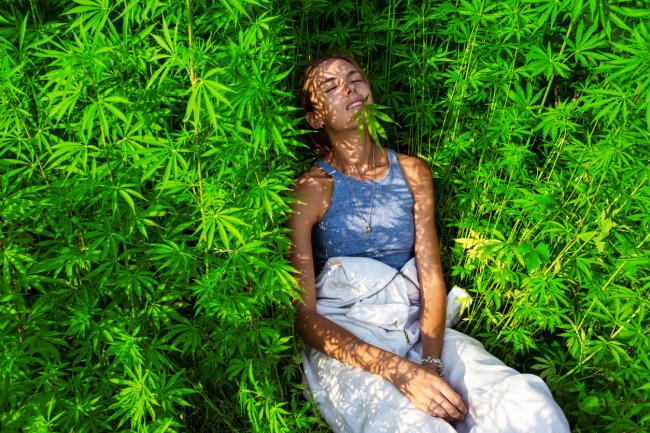 There was once a time, decades ago, when athletes and those red-eyed cruisers deemed stoners were considered two entirely separate classes in the halls of high schools and colleges all across America. The only time these worlds might collide was at the occasional party when a few rebellious members of the football team decided to try a little weed.

Aside from this brief social crossover, there was typically no fraternizing between the potheads and the meatheads. The consensus among the athletes was that anyone who smoked pot, even a semi-regular basis, was a loser, while the stoners believed the kids who played sports were just dicks. But the scene is much different these days. Now that marijuana is legal in over half the nation for medicinal and recreational use, everyone, including the jocks and fitness nuts, is leaning on cannabis to enhance their lives.

A recent study entitled Patterns and Perceptions of Cannabis Use with Physical Activity finds that more people are now using cannabis products before, during and after they engage in athletic activities. Researchers say that marijuana has become a part of work out regimens, including those activities like hiking and running, and it has even found a place in team sports.

The study even shows that a lot of fitness minded folks are catching a buzz prior to hitting the gym. Why? Some feel it helps them be more present in their mission to kick ass.

But athletes are not just getting stoned to launch into beast mode – cannabis also serves a crucial role in dealing with the abuse the body takes when making gains. They don’t call it medical marijuana for nothing.

“Although participants reported a range of reasons for using cannabis before, during, or after, pain management was the only reason reported across all time periods,” researchers said.

The concept of incorporating marijuana into sports might sound strange to some, but there is actually scientific evidence that shows the two go hand-in-hand. This connection is largely attributed to the production of a natural cannabinoid in the human body called anandamide, according to a study published in 2015. Researchers found that, despite previous theories suggesting that exercise led to increased dopamine production, the brain actually boosts anandamide levels during times of physical activity. It is for this reason cannabis seems to enhance that sense of euphoria (or runner’s high) an athlete often experiences at the height of their routine.

Medical experts say that cannabis is invaluable when it comes to making progress in the realm of physical fitness.

“You have two different reasons potentially for using cannabinoids,” said Dr. Marcel Bonn-Miller, an adjunct assistant professor of psychology in psychiatry at the University of Pennsylvania Perelman School of Medicine, in a recent interview with The New York Times. “One is to enhance your ability to train. The other is recovery oriented.”

The concept of people using marijuana before entering the weight room or going for a run is a “weird phenomenon,” Dr. Peter Grinspoon, a primary care physician at Massachusetts General Hospital, told The Boston Globe. But it an “increasing common phenomenon” that “can’t be ignored,” he added.

While some might consider stoned sports a new trend, it has actually be around for decades. A 1977 documentary called “Pumping Iron,” about the golden age of professional bodybuilding, shows Arnold Schwarzenegger sitting on a couch holding a joint. More recently, a piece by SB Nation outlines a variety of cases, beginning in the early 1970’s, involving athletes and the use of marijuana.

Some former players of both the NBA and NFL have even suggested that somewhere between 80-90 percent of athletes today are using cannabis — this in spite of its place on the banned substances list. As we learned in the case with free agent running back Mike James, who was recently denied a therapeutic use exemption for medical marijuana, at least some of these players are using the herb as a way out of opioid addiction.

Cannabis and sports is movement that is expected to become more widespread in the future. Across the world of social media there are already droves of people out there calling themselves “cannabis athletes,” when posting photos of their physical achievements.

It stands to reason that the cannabis industry is going to attempt to capitalize on this trend. Sources close to the scene predict a variety of cannabis products designed exclusively for different sporting activities will be available in the next few years.

“If you’re going fishing, maybe you want an indica blend,” said Eric Wilson, owner of Movement Sciences in Boston. “If you want to go for a long run, maybe a different one.”