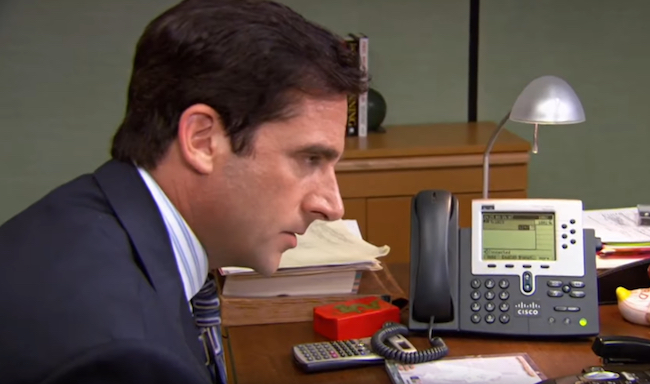 “The Office” will disappear from Netflix soon.

This news is hard to swallow – that’s what she said – but there are hundreds of others ways to get your fill of the Scranton gang.

For example, the official YouTube channel for “The Office” cranks out hilarious compliation videos at least once a week.

There’s the Many Faces of Michael Scott, Michael’s best impressions, Dwight vs. the world, the best pranks at Dunder Mifflin, and a touching tribute to Jim and Dwight’s friendship.

This video of Michael’s best phone calls on “The Office” is pure brillance.

The last phone call, even though I knew it was coming, still made me spit coffee.

The compliation is hilarious but they missed perhaps Michael’s funniest phone call ever.