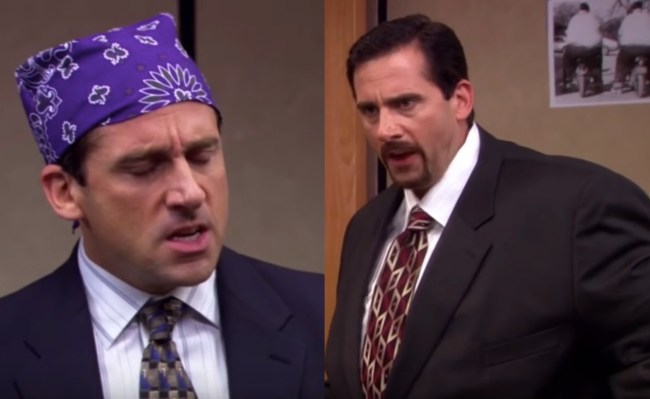 For most people, it feels like The Office never left because reruns are constantly airing on Comedy Central and it’s BY FAR the most binge-watched TV show on Netflix. There were recent rumblings of an The Office reunion thanks to It’s Always Sunny but I’d be shocked of that comes to fruition.

The Office will still live on Netflix for a year and a half before NBC-Universal takes it back to stream on their own streaming service that’s set to launch but for any fans looking to maximize their Dunder-Mifflin content, there’s always good ol’ fashioned YouTube.

The official YouTube channel for The Office releases supercuts every few days by splicing together ‘best of’ clips and the latest one showcases ‘The Many Faces of Michael Scott’. This includes the infamous ‘Prison Mike’ and ‘Michael Clump’.

Michael Scott loved nothing more than getting into character while attempting to act. It was one of the long-running gags on The Office with Michael going to improv classes and failing to secure local acting roles. Here we get to see the best of Michael Scott in this walk down memory lane: