Navy Says All Of Its UFO Videos Are Classified, Would ‘Harm National Security’ If Released 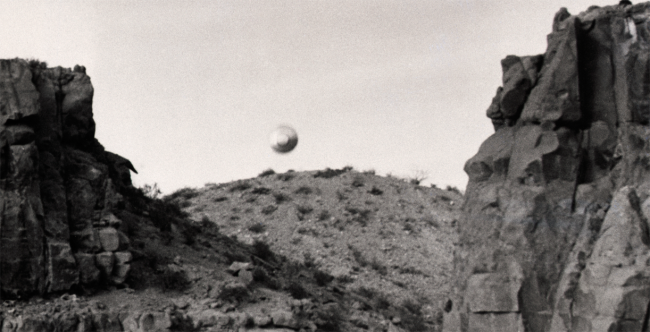 Some of the best, and most controversial, UFO videos that have been released or leaked over the past few years have originated with the United States Navy.

Numerous Navy personnel, including several pilots, have also come forward with their stories about encounters with UFOs.

Apparently, those Navy UFO videos that the public has been finally able to see are just the tip of the iceberg.

However, it sounds like the public won’t be getting to see any of those UFO videos any time soon.

After nearly two and a half years, The Black Vault reports that it was denied a Freedom of Information Act (FOIA) request to have “videos declassified depicting Unidentified Aerial Phenomena (UAP).”

“The UAP Task Force has responded back to DNS-36 and have stated that the requested videos contain sensitive information pertaining to Unidentified Aerial Phenomena (UAP) and are classified and are exempt from disclosure in their entirety under exemption 5 U.S.C. § 552 (b)(1) in accordance with Executive Order 13526 and the UAP Security Classification Guide,” Gary Cason, Deputy Director, DON FOIA/PA Program Office, wrote in a letter to The Black Vault. “The release of this information will harm national security as it may provide adversaries valuable information regarding Department of Defense/Navy operations, vulnerabilities, and/or capabilities. No portions of the videos can be segregated for release.”

Cason added, “While three UAP videos were released in the past, the facts specific to those three videos are unique in that those videos were initially released via unofficial channels before official release. Those events were discussed extensively in the public domain; in fact, major news outlets conducted specials on these events. Given the amount of information in the public domain regarding these encounters, it was possible to release the files without further damage to national security.”

He is referring to the now famous “Tic Tac” videos related to the USS Nimitz incident in which several pilots and Navy personnel made their stories, including videos, public.

As a result of those UFO videos being leaked that the Pentagon went ahead and admitted that they were real.

Since then, declassified UFO reports have been released and several former government officials have made statements that have raised numerous questions about the Pentagon’s UFO program.

Yet, despite all of that, including the first, and very visible, congressional hearing on UFOs in 50 years, it sounds like the only way more military UFO videos will be released is if they are done “unofficially” in the same manner in which the USS Nimitz videos were made public – through a leak.