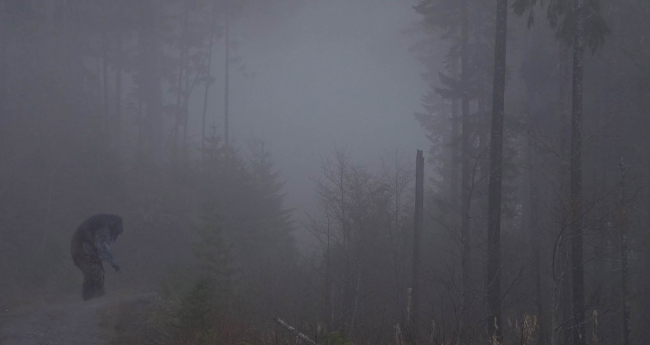 Narrowing down the most likely locations as the home of Bigfoot has become much more difficuly of late. Perhaps there are multiple Bigfoots (Bigfeet?) out there.

Numerous credible Bigfoot sightings have been reported all over the United States over the past couple of years in places like Iowa, Michigan, Iowa should certainly be added to the list of potential habitats for the mythical cryptid which already includes the states of Oregon, the Florida panhandle, northern California, Oklahoma, North Carolina, and West Virginia.

Now, we’ve got another new Bigfoot sighting in the area around Remer, Minnesota, a town of just 388 people that calls itself the “Home of Bigfoot.”

According to a recent report filed by the Minnesota Bigfoot Research Team (MNBRT), on “7/26/21 about 9:15 p.m. road crossing driver was heading east creature was seen in the middle of the road and went North driver got approximately 300 to 400 feet away before it moved to the north every bit of 10 ft tall the semi truck driver said and black.” The MNBRT added in the comments of the post when asked for a exact location that “the specifics are confidential.”

Remer, for those unfamiliar, is the site of an annual Minnesota Bigfoot Conference due to the large number of encounters locals have had with the legendary cryptid over the years.

Around here, the stories about Bigfoot began to surface in the late 1800s. People made mention of “something in the woods” here or there and finally it became more than coincidence. A flash of dark in the pines. A large set of footprints along a swamp. Sightings in the same areas became more frequent. Sightings from people other than loggers made people take notice. Rumor has it that William P. Remer found tracks in the early 1900s. Mr. Remer was the founder of Remer, MN and that gave some credibility to the story. Some people began to worry although there were never reports of any dogs or livestock disappearing. Just your occasional “something moving through the brush and it wasn’t a bear or a deer” Most of the tracks were in the woods east of Remer, but they were also in other areas. The tracks were huge. They were much bigger than a man’s foot and they sunk deep in the earth. Visual sightings happened in basically every direction around Remer and they were usually brief, almost like Bigfoot vanished into thin air. There was never any damage done. There were no thefts, no injuries, nothing disappeared or died. Just sightings, tracks, and occasionally more. Every once in a while someone would find a small tuft of dark hair on the side of a balsam fir tree. There were stories of depressions on the ground that were lined with grass and pine boughs that were assumed to be beds. Most of these were found in the area south and west of Shingle Mill Lake. Occasionally, people would leave small piles of berries or vegetables that they had picked out of their garden near the beds. Always within a day or two the piles were gone without a trace, but assumedly appreciated.

By 1910, sightings were more common and people seemed to peacefully coexist with Bigfoot. In fact, that was the year that he gained his name. People around Remer talked fondly of “Bigfoot” and when someone had seen them last. “Have you seen Bigfoot today” could be heard all around town.

There was more than one. Different sizes. There were even Bigfoot children. “Saw Bigfoot at lunch today” husbands would tell their wives. “He disappeared behind the branches of a black spruce tree.”

It seemed like the Bigfoot had certain patterns. Certain feeding, bedding, and bathing areas. They often bathed near the lowland in the southeast corner of the main portion of Big Sand Lake. Townspeople avoided that area so as not to disturb the Bigfoot family. Everyone like having them around. They were interesting and mysterious. Bigfoot fed on plants, berries, tree leaves & buds in all areas, but primarily bedded in the dense forests to the east of Remer.

The stories continued through the 1920s and 1930s. However, as the forests were cut it seemed that the families of Bigfoot moved to other areas of the state and attempted to stay in the more densely forested areas. There were still sightings, but not in the usual areas, and not as often. Sometimes, because it was so commonplace, people would see them and just not say anything. It was like they were neighbors.

Related: Man In Iowa Photographs What He Believes Is Bigfoot In Latest Sighting Of The Mythical Creature

Back in 2009, Remer was first featured on the Animal Planet show Finding Bigfoot and has since been visited by the crew a total of three times as they search for the legendary Sasquatch.

“One of the most notorious sightings from the area in recent years was a trail cam photo from October 2009,” the author explains. “Tim Kedrowski thought the picture taken on his hunting land north of Remer was a buddy messing with him, but after checking found that no one even knew where that camera had been set up.

“This 2009 sighting wasn’t the only one in the area. Cass County has had multiple sightings over the years according to the Bigfoot Field Researchers Organization. One of them was even from someone who worked for the US Forest Service in Chippewa National Forest.”

So is Remer, Minnesota the true home of Bigfoot and not places like Honobia, Oklahoma and Littleton, North Carolina?

Some people certainly believe it.