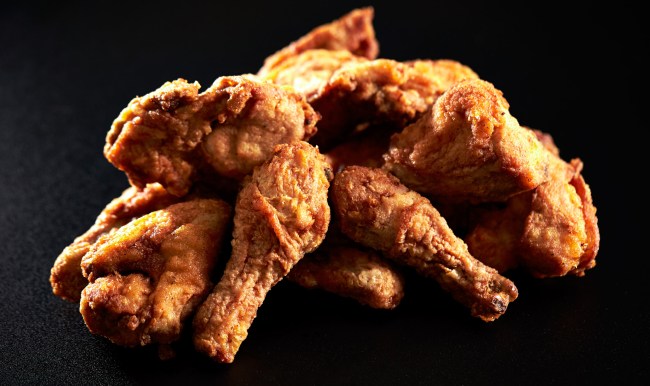 Just in time for peak wings-eating season (AKA football season), comes a new study conducted by scientists at Oxford University which claims that eating chicken increases the risk of getting cancer.

The research, published in the Journal of Epidemiology and Community Health, involved tracking 475,000 middle-aged people over a period of eight years from 2006 to 2014. It analyzed the participants’ diets as well as the diseases and illnesses they suffered.

The researchers said that further studies can shed more light on the positive association between poultry intake and prostate cancer and non-Hodgkin’s lymphoma.

“Poultry intake was positively associated with risk for malignant melanoma, prostate cancer and non-Hodgkin lymphoma,” A. Kruppel and colleagues wrote in their study.

The research that was carried out was an ‘association study’. This means that it only shows the correlation between eating chicken and the certain types of cancers, rather than investigating the reasons why.

There are a number of factors that could cause this link. It could mean that the meat itself contains a carcinogen but it could even come down to how the meat is cooked.

So, basically, there is pretty much nothing on this entire planet these days that does not cause cancer. Thanks, science.