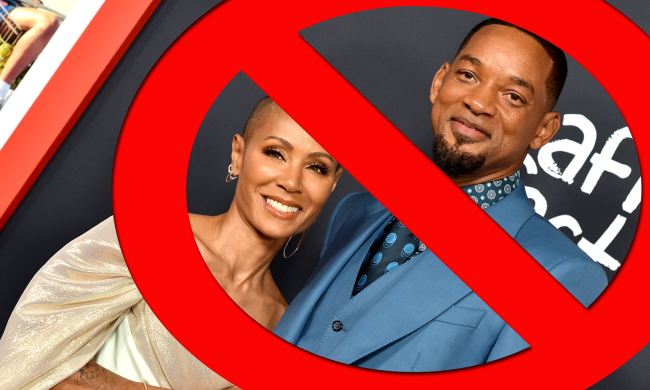 Will Smith and his wife Jada Pinkett Smith, this much we know as the two of them combined have a whopping 68 million followers on Instagram alone.

What we do not know, however, is why, now that they both have hit middle age, have they decided to share every single thing that has ever happened in their lives, regardless of how cringe-inducing or bizarre it may be.

Will Smith recently revealed that at one time in his life he was sleeping with so many women that it made him physically ill.

Jada Smith revealed her thoughts on threesomes and admitted that “there’s not a day that goes by that I don’t think about Tupac.”

Will revealed that he once contemplated literally murdering his own father.

Jada admitted, in front of her mom and daughter, she used to be addicted to smut.

Will admitted that he used to have a list of famous women he dreamed of having in a “harem” more than “anything in the world.”

And don’t even get us started on that whole “entanglement” mess with August Alsina the two of them opened up about and seemingly can’t stop discussing.

It’s been enough to make even the most hardcore fans of the Smiths say enough is enough will all of the TMI.

In fact, one fan named Dexter Morales, is so exasperated that he went so far as to create a petition on Change.org asking people to “Stop interviewing Will and Jada Smith!”

Morales started the petition with the reasonable goal of getting 1,500 people to sign it. (Full disclosure: it wasn’t me, though I wish I had thought of it.)

Okay, @willsmith, you can stop now.

So far, as of this writing, he has received 1,126 signatures. With a little more exposure, he will surely reach his goal.

As for some of the reasons why people are signing the petition to stop interviewing Will and Jada Pinkett Smith, mostly they revolve around Will and Jada negatively affecting the person’s mental health and well-being.

“Everything I learn about this couple is against my will. Free us,” one person commented.

“Not everything has to be public knowledge,” wrote another.

“We hear you, we see you… please stop,” asked another.

“I’m tired. So tired. I feel like I’m a part of their marriage at this point,” someone complained.

“I’m sick and tired of hearing the BS that goes on in their personal lives. It’s exhausting,” someone else begged. “I’ve muted their names everywhere, AND STILL SEE THIS!! I’m sick of their weirdness. Make it STOP!!!”