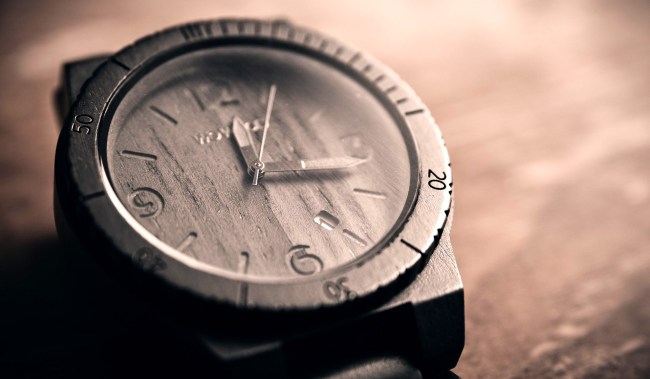 What is it with scientists and always seeming to want do things that will make our lives more difficult? Stuff like artificial intelligence, robots created from living cells, robots we can control with our minds, and the like are cool and all, but really, aren’t these ideas just hastening our impending demise? After all, and as we have already seen, it’s just a matter of time before some of these things become sentient and start asking questions to which they will more than likely not appreciate the answer.

Robots can already read our minds, but it’s not just the big things that are concerning. We’ve gotten to the point in our world where robot mannequins are the only fans in attendance at professional baseball parks, and now, atomic clock scientists have announced that they want to shorten the day.

Seriously. These folks want our already crammed to the brim days to be even shorter.

Forget adding a day like what happens during a leap year, according to Popular Mechanics they want to do this because our planet’s rotation has been speeding up.

Unbeknownst to most of us, these geniuses have been adding seconds here and there to our clocks for years. A total of 27 times since 1972 to be exact. Now, however, the planet is turning faster so they say they need to take some of those seconds back.

Apparently, the Earth has been completing its rotation in under 24 hours over the past year and it’s only going to get worse in 2021.

“It’s quite possible that a negative leap second will be needed if the Earth’s rotation rate increases further, but it’s too early to say if this is likely to happen,” Peter Whibberley, senior research scientist with the National Physical Laboratory’s time and frequency group, recently told the Telegraph.

So, we won’t really notice that loss of a second, right?

The International Earth Rotation and Reference Systems Service, based in Paris, is charged with declaring planned leap seconds to the world’s nations, but some argue that the practice of adding and removing seconds to correct time may be causing more confusion than good. In 2012, an added leap second caused server crashes across a number of internet sites, including Reddit, Yelp and LinkedIn, while also disrupting those who use Linux operating systems and software using Javascript.

First of all, who put France in charge of the world’s clock? Seriously, that needs to be investigated. And second, anything we can do to make the days LONGER, not shorter, is something I think most of us would be more interested in doing.

A final decision on this matter is reportedly expected to come at the World Radiocommunication Conference in 2023. Stay tuned.