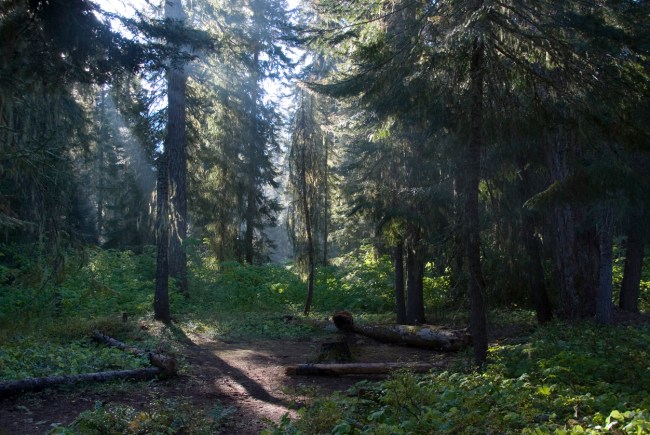 If you are the owner of a suitcase full of meth, the Okanogan County Sheriff’s Office would like to speak to you.

Two suitcases full of meth were found in the Okanogan-Wenatchee National Forest on Monday. There were 186 pounds of narcotics in the suitcases discovered by the town of Mazama, Washington. Meanwhile, your suitcase actually has clothes.

The Okanogan County Sheriff’s Office K-9 Unit sniffed out some narcotics in two suitcases. Sgt. Gene Davis and his K-9 partner of six years Gunner discovered the two suitcases in a brushy area of the national forest with the assistance of Homeland Security.

Two suitcases full of meth were discovered in the Okanogan-Wenatchee National Forest in Washington state. Authorities say the street value of the drugs is estimated to be around $1 million. https://t.co/RozS60zFZX

According to estimates, the suitcases contained approximately $1 million in meth. Or approximately one week vacation for your garden variety Hollywood celebrity, maybe.

“The Okanogan-Wenatchee National Forest encompasses more than 4-million acres in Washington state and stretches north to south from the Canadian border to the Goat Rocks Wilderness — a distance of about 180 miles,” the Forest Service stated on its website.

“Cocaine has been the main narcotic purchased by detectives over the last few years but methamphetamine is a close second,” according to the Okanogan County Sheriff’s Office’s website. “The task force also works border cases involving smuggling, usually marijuana cases.”

So if you’re in the woods camping, be aware that there might be more than bass and boysenberries to be found so keep you head on a swivel.