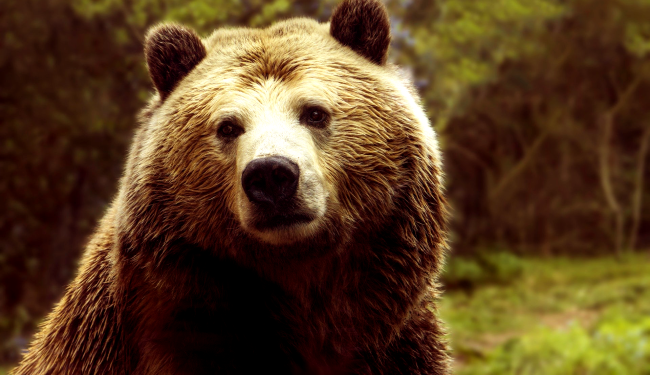 2021 is turning into the year we humans show the animal kingdom who’s boss. After seeing the proliferation of terrying beasts like tourist chasing hippos, mutant rabbits, flying snakes, and sex-crazed monkey gangs, we humans are just not going to take it anymore. Not even if our adversary is a freaking bear.

Following a dad going full hero mode on a bobcat atacking his family, and a 5-year-old girl staring another bobcat down until it leaves her backyard, our latest hero is a 17-year-old girl named Hailey.

Related: Poll Asking Americans Which Animals They Could Beat In A Fight Yields Comical Responses

Hailey was just hanging out at home in California on Memorial Day when she noticed her dogs carrying on, barking at something in the yard.

Turns out that something the pups were yapping at was a bear (and her cubs) that had climbed up on to the fence bordering the yard.

Footage of the encounter that was uploaded to TikTok on Monday by a woman named Brenda (@bakedlikepie) has gone viral with over 53 MILLION VIEWS.

“My cousin Hailey yeeted a bear off her fence today and saved her dogs. How was your Memorial Day?!” Brenda captioned the video that was taken from a security camera.

My cousin Hailey yeeted a bear off her fence today and saved her dogs. How was your Memorial Day?! (WTF?!) ##ohno ##badass ##brave ##fight ##bear

A second copy of the video, sans musical accompaniment, has also been viewed another 1.5 million times.

It has also gone viral on Twitter, with numerous people adding their own twists, jokes, and comments.

Me watching the bear eat my dogs from the safety of my window. pic.twitter.com/xjsRz2Hq2D

The one dog who stayed inside:

"y'all wanna fight a WHAT?" pic.twitter.com/BkoNTjejrO

The next door neighbor who's house they pushed the bear 🐻 to pic.twitter.com/LR0K2rWmFJ

Shawty faded a bear for her dogs she definitely listened to Mystikal https://t.co/mkBEFkznVr

The music for the bear swipes are perfect and on beat and then in comes Mystikal’s auntie to save the day !! https://t.co/qbmTqRAYQe

Oh, by the way, this is Hailey.