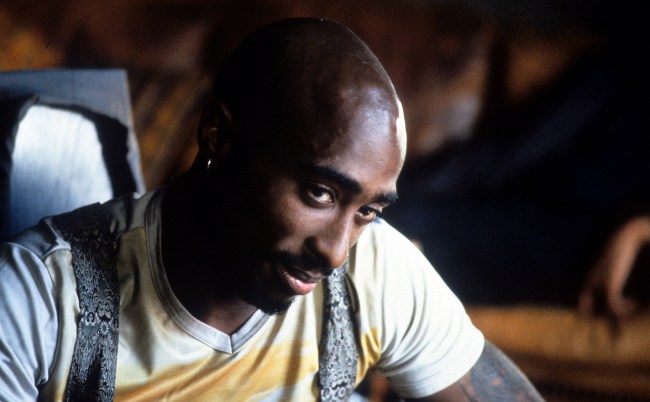 23 years after his death, legendary rapper Tupac Shakur is still a money-making machine.

It was announced in June that Tupac Shakur’s signed prison I.D. – the first identification card from his 1995 incarceration in the Clinton Correctional Facility in New York – was heading to auction.

At that time, the company conducting the sale, Heritage Auctions, predicted the prison I.D. would fetch as much as $6,000.

Turns out they were WAY off. 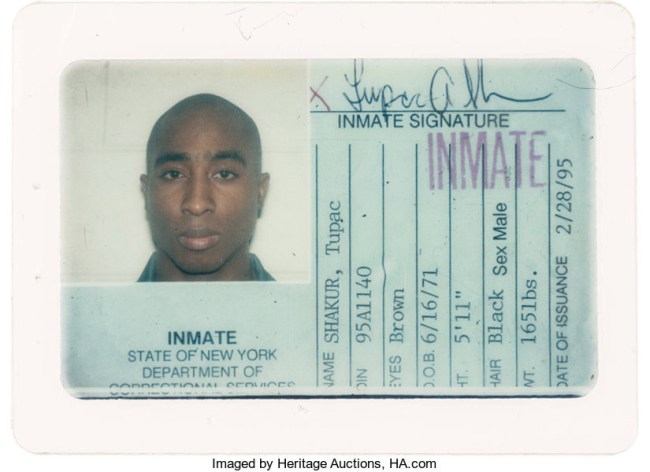 The 1995 prison I.D. badge issued to Shakur sold on Sunday, July 21, for $30,000, setting a world record for the most expensive piece of Tupac memorabilia ever sold at public auction.

Heritage Auctions opened bidding on the badge, issued Feb. 28, 1995 by the State of New York Department of Correctional Services, at $2,000. More than 10,200 visitors viewed the lot before 30 bids were cast for the rare piece of Shakur memorabilia.

“Some say Tupac and his music are just as relevant today as they were more than 20 years ago,” said Garry Shrum, Director of Music Memorabilia at Heritage Auctions. “Fans haven’t forgotten his impact on hip-hop. They will go to any lengths to own a piece of Shakur’s life and times.”

Still up for auction is an infamous handwritten and signed love letter in which Tupac breaks up with Madonna – a letter Madonna tried to block being sold – which had an opening bid on July 17th of $100,000, but has yet to receive an offer. Less than two days currently remain in the bidding for that piece of memorabilia.