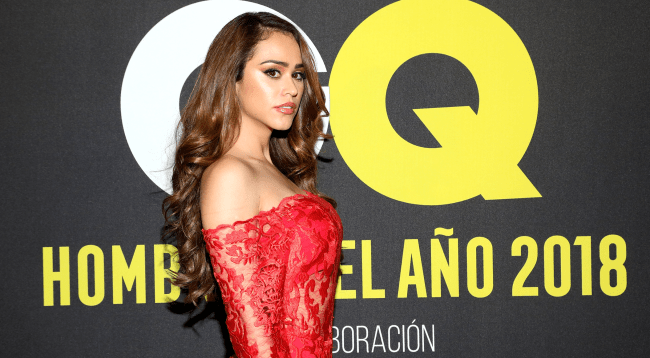 At some point in the not too distant future I fully expect that the internet will consist of nothing but YouTube, Amazon and OnlyFans. What else do we need?

You’ll have one place for videos and live TV, another for food, clothing and other necessities, and anyone with even a modicum of a social media following will be able to be accessed on OnlyFans.

When people like former Boy Meets World actress Maitland Ward and others like former Golf Channel host Holly Sonders are making serious cash on OnlyFans, why wouldn’t you move the bulk of your social media activity over there?

This is a question that Yanet Garcia, the woman who became famous for being “The World’s Hottest Weather Girl,” must have asked herself because she just alerted her 13.7 million Instagram followers, 1.5 million Twitter followers, 660,000 YouTube followers, and who knows how many followers on other platforms, that she too has joined the club and will be posting exclusive content on OnlyFans.

Considering the fact that her OnlyFans announcement video has already been watched almost 1.1 million times (as of this writing) in just 22 hours, Garcia looks like she will be the next social media star to hit it big on the popular platform.

It’s nice to see that Garcia has recovered well from being dumped by pro gamer Douglas “FaZe Censor” Martin (seriously, that happened), more than doubling her Instagram follower count since their breakup.

Garcia reportedly quit her job as a weather girl for Televisa Monterrey in 2019 when she moved to the United States. Since then she’s been posting fitness videos, being an influencer, dating former Arena League football player turned life guru Lewis Howes, and, apparently, according to her OnlyFans intro video, been doing some acting (although her IMDb page only has her with two credits: Sharknado 5: Global Swarming in 2017 and Bellezonismo in 2019.