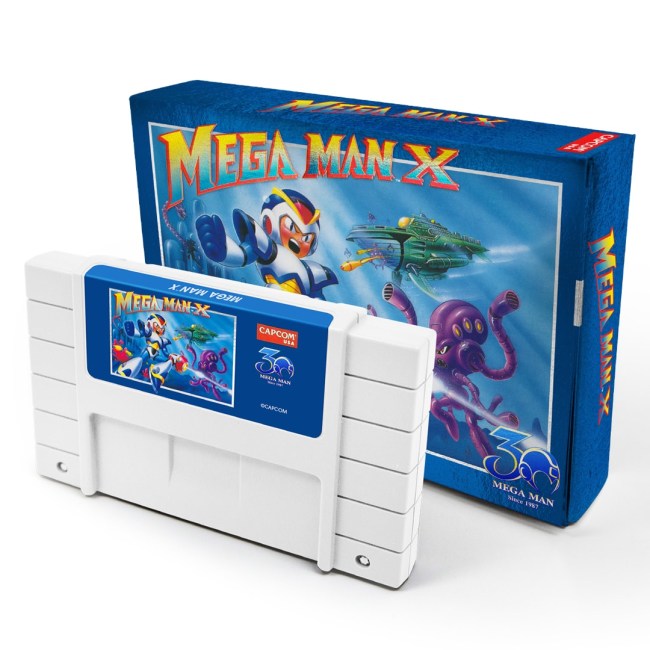 Classic video games are so hot right now. Between Spyro the Dragon being remastered, RBI Baseball being revived, and a new live-action Street Fighter TV show, and a new Sega Genesis, vintage is back in a big way. The latest old school game coming back from your childhood is Mega Man.

The games will be re-released on the classic cartridges, but they will cost you. Only 8,500 of each game will be made, of which 1,000 will be a translucent, glow-in-the-dark blue colorway. But the special blue cartridges are randomly inserted into sealed, unmarked boxes. The cost for this 30-year-old game is $100. The cartridges are available for pre-order on the Iam8bit website and they will start to ship out in September.

This is quite the high price considering how many ways you can play Mega Man these days without having to go to buy a cartridge. Mega Man 2 is already playable in the Mega Man Legacy Collection and Mega Man X will be part of the upcoming Mega Man X Legacy Collection 1, that will be released on PS4, Xbox One, PC, and Switch on July 24.