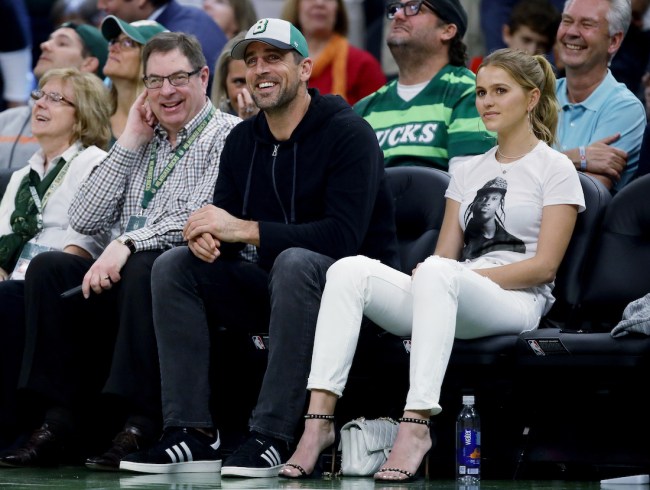 We all know about the Aaron Rodgers-Packers drama at this point, with the reigning NFL MVP apparently upset over the lack of attention his contract is getting, while reports also float around that the quarterback’s upset with the team’s GM and wants him fired. As one might imagine, there’s a lot to unpack with all the rumors going on about the issue.

Nobody knows for sure how this is all going to end up. Do the Packers try to call Rodgers’ bluff? Do they try to find a reasonable offer via trade? Do they let him sit out and take a risk by starting 2020 first round pick Jordan Love — with whom Rodgers is mad the team selected in the first place? It’s all going to be interesting to see the rest of this NFL offseason.

But if Aaron Rodgers is looking for an incentive to come back to the Packers, a Green Bay bar called Mr. Brews Taphouse has an offer for him; albeit a pretty lame one.

According to the the Green Bay Press-Gazette, Mr. Brews’ founder and CEO, Steve Day, is willing to give the quarterback free food and beer for life should he return to the Packers. Hell, Day would even give Rodgers’ fiance — actress Shailene Woodley — the same deal.

“Seriously, we can’t let Aaron go. No way, no how,” Mr Brews founder and CEO Steve Day said in a news release. “Not only is he coming off yet another MVP season, but he is the face of our beloved franchise. We aren’t in a position to renegotiate his contract, but we can offer him and Shailene a delicious meal and great brews whenever they like. Come on, Aaron, please stay.”

What this means is Rodgers and Woodley can eat burgers and drink beer at any of the 15 Mr. Brews Taphouse locations in four states for free. Not a bad offer, but it might take more to get Rodgers to stay.

Now, look, this is a nice little story about a local pub trying to persuade a superstar athlete back to an iconic franchise, but does this honestly have any chance of working? Hell no. If nothing else, it’s more of a publicity stunt for Day to get Mr. Brews Taphouse in the news. Kudos to him for being so savvy.

There’s no way in hell this deal holds any bearing on whether or not Aaron Rodgers returns to the Green Bay Packers — especially since we know how pitiful his beer-drinking ability is. But, hey, it’s a nice attempt.