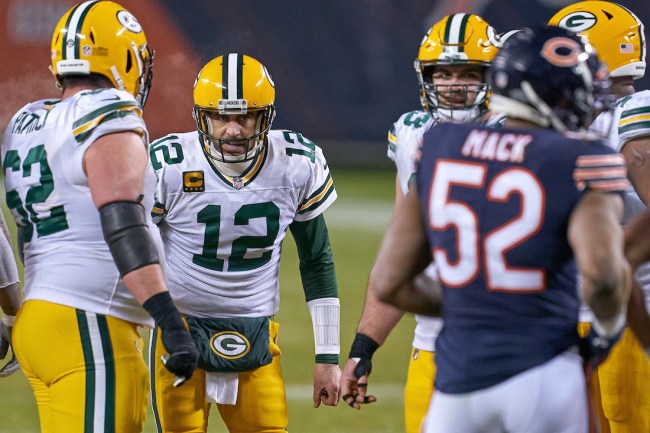 Anytime Adam Schefter chimes in on NFL news, it tends to be pretty damn serious. So the fact that the informed analyst opened up about what he’s hearing about this whole Aaron Rodgers-Packers drama is important, and, if you’re a fan of the franchise, has to be a little frustrating to hear.

Appearing on Get Up Friday morning, Schefter spoke about the latest rumors swirling regarding Rodgers’ future in Green Bay, as more reports come out about how the reigning league MVP wants to be traded this NFL offseason. This has been an ongoing theme between the two sides — especially since the quarterback has yet to get the extension he hopes for from the team — and, typically, things get resolved. But this feels a little bit different, and Schefty outlined what he’s reportedly hearing about the situation, saying the future Hall of Famer has told teammates that “he doesn’t plan to return.”

"It's legitimate. He's told some teammates … that he doesn't plan to return."@AdamSchefter with the latest on Aaron Rodgers 👀 pic.twitter.com/VEvVwCumV3

Whether it’s the contract situation, years of frustration boiling over, the team’s decision to draft Jordan Love in the first round of the 2020 NFL Draft, or a combination of all three of those things, Adam Schefter makes it pretty clear that Aaron Rodgers is mentally checked out from the Green Bay Packers at the moment. Can that change? Possibly. But will it take more than just negotiating a big-time extension? Probably.

This seems like a tired dance between Rodgers and the Packers, with the passive aggressive quarterback known to push the buttons of the front office when he feels like it. Remember, he reportedly clashed with former head coach Mike McCarthy, and there had been concerns with how he’d mesh with McCarthy’s predecessor, Matt LeFleur — which hasn’t been an issue in the two years together.

Aaron Rodgers is a bit of a prima donna — even before marrying Hollywood starlet Shailene Woodley this NFL offseason — so it’s hard to get a read on if this latest frustration is legit or just the flavor of the week. Given the seriousness with which Adam Schefter claims the quarterback’s message to teammates, one has to take it at face value, with the Green Bay Packers backed into a corner about what might come next between the two sides.