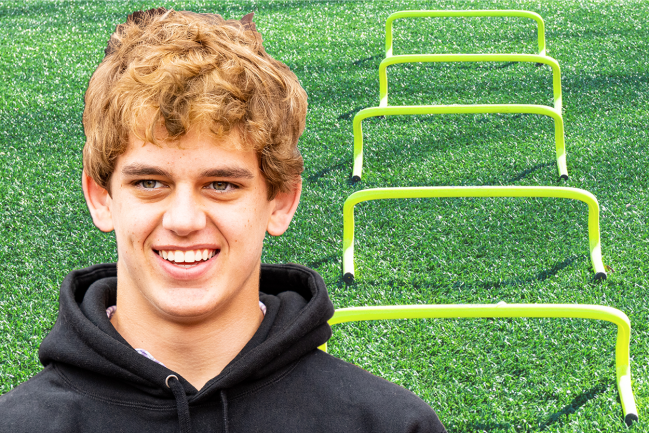 Arch Manning is the nation’s top-ranked recruit in the Class of 2023 (except by ESPN) and carries one of the biggest names in sports. And yet, somehow, it is rare to catch a glimpse of the star quarterback when he is not on the gridiron.

Manning, who committed to Texas earlier this summer, is very aware of his “celebrity status” and chooses to keep to himself. He keeps his circle tight, has very little social media presence, and does not often speak to media or reporters outside of postgame interviews.

As a result, there is a lot of questions about his talent. Manning hasn’t thrown at any of the big camps, like Elite 11, and he doesn’t play in a particularly talented league on the high school level. One analyst (who was just looking for clicks with his hot take), went so far as to call Manning a three-star recruit, if not for his last name.

That is objectively wrong when you watch him play. Manning may be a little rough around the edges with room to grow and develop, but he has great wheels as a rusher and a great arm as a passer. He can take long runs to the house, jukes defenders out of their shoes, drops dimes, and throws lasers.

The best high school quarterback in the country recently put on a show in 7-on-7s and is also a talented basketball player. He can also hit a golf ball a very long way.

All of this goes to say that Arch Manning is an incredible athlete and a fantastic quarterback prospect who will have the luxury of sitting a year or two as he continues his development at Texas.

In the meantime, Manning is gearing up for his senior high school season. Isidore Newman has high hopes for a deep state playoff run in 2022 and its quarterback, obviously, will be the most important component to the Greenies’ success.

As Manning looks ahead to the fall, his trainer recently provided a rare behind-the-scenes look at his workouts. The 6-foot-4, 215-pound quarterback was working on his hip twitch and showed off his fancy footwork.

Manning can really move his feet for someone of his stature! It will be interesting to watch his senior year unfold now that there are (manufactured) questions about his abilities. Footwork does not appear to be a concern.