The Bella Twins, Nikki And Brie, Took Over Kevin Hart’s Ice Tub, Made Him Sit In A Bucket On ‘Cold As Balls’ 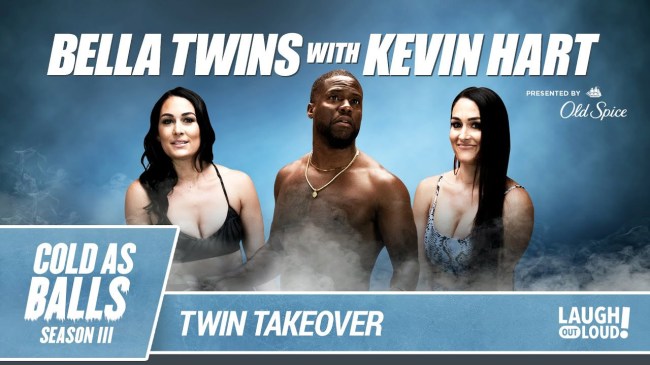 The Bella Twins, Nikki and Brie, joined Kevin Hart in the ice tub for the latest episode of Cold As Balls to talk about everything from dealing with cattiness backstage to getting all the women in the WWE to band together and start an evolution towards making wrestling better for women.

Nikki also talked about her main event match with Ronda Rousey and how that opened doors for women in the WWE as it was the company’s first all-female pay-per-view.

One of the best parts of the interview happened before it actually even started when the twins commandeered both of the ice tubs, leaving Hart high and dry (literally).

This led to his loyal assistant Bam Bam bringing out an additional tub just for Kevin. 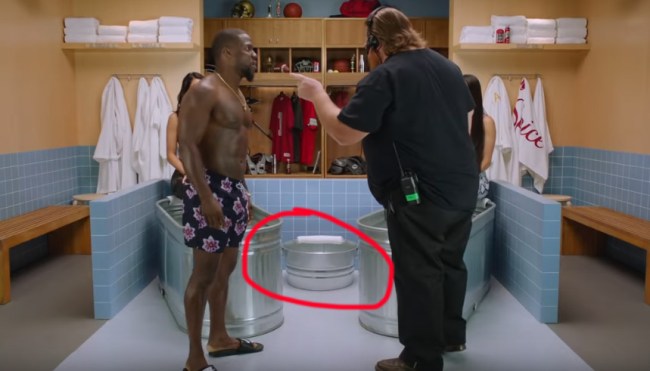 It didn’t go over very well.

And then a kid randomly showed up wearing water wings telling Hart that he wanted his tub back.

Later in the interview, the Bella Twins are in disbelief when Kevin claims to be good friends with Dwayne “The Rock” Johnson and Kevin explains that his buddy likes to call him “Lil Nugget.” They claim to have never hear The Rock mention that, or him.

Hart also claimed that he came up with the line, “Can you smell what The Rock is cookin’?” and gave “Stone Cold” Steve Austin his “Austin 3:16” mantra.

Check out prior and future episodes of “Cold As Balls” on the Laugh Out Loud app and LaughOutLoud.com.