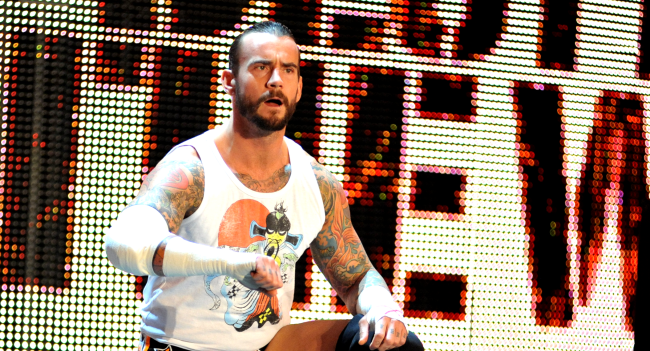 CM Punk, real name Phil Brooks, is a legend in the minds of many WWE wrestling fans. His 434 day reign as WWE Champion is still the sixth-longest in title history and his iconic pipebomb promo will never be forgotten.

CM Punk hasn’t wrestled for WWE since he walked out on the company after a Royal Rumble match on January 26, 2014, and as a result, he has since moved on to fighting in the UFC, commentating for Cage Fury Fighting Championships, and starring in several low budget movies.

Related: CM Punk Recalls His Iconic WWE Pipebomb Promo A Decade Later And Where His Relationship Stands With Vince McMahon

The 42-year-old’s latest venture is acting in the horror film Jakob’s Wife.

While promoting the horror film this past week on The Movie Crypt Podcast, Punk was asked what his scariest moment was in his WWE career.

“I remember wrestling Jeff Hardy in the Staples Center, and he was jumping off a very tall ladder onto me and I just had to kind of lay on a table for an extended period of time, which really makes you think about it,” replied Punk. “And it’s one of those things where I was just looking, I’m like, ‘Man, he’s really high up there. This sucks,’ and you stew in that moment. And I remember being like, ‘I should just get up and walk away. Why am I laying here? This is stupid,’ and then he finally jumped on me.

“And I was like, ‘Yeah, that hurt. Alright, great,’ because at that point, you want to protect Jeff more than you want to protect yourself because he’s the one that’s jumping, but you realize there’s a 200 pound man hurtling at you from a great height and this is not going to end well for either of you.”

He’s not joking about that. Watch…

Yes, I do believe that lying there on that ladder would scare the living crap out of most people in this world.

Listen to CM Punk’s entire interview where they discuss his latest film, horror movies in general, when he realized he could actually make a living in wrestling, and more on The Movie Crypt Podcast below.