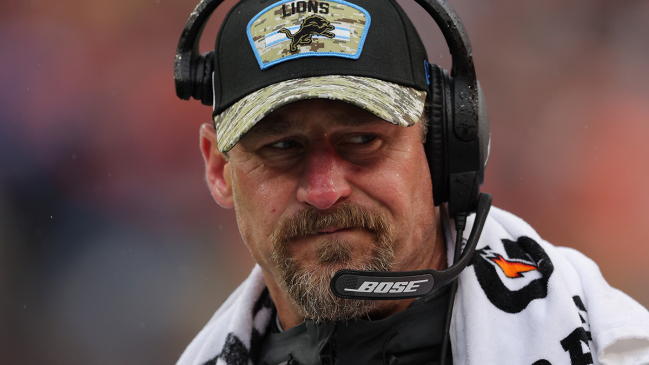 Nobody really expected Dan Campbell to magically turn things around after he was tapped to take over as the head coach of the Lions last year, and while the 3-13 record he posted during his inaugural season appears to leave a lot to be desired at first glance, it’s not reflective of the impact he’s had on the all-important Culture in Detroit.

Campbell—who played tight end for four different teams (including the one he currently helms) over the course of an NFL career that spanned 11 seasons—is a consummate Football Guy. While it’s easy to understand why some people might not be a fan of his borderline cliché machismo and the try-hard motivational tactics he’s fond of deploying on a regular basis, he’s appeared to successfully harness that philosophy to win the approval of the locker room and the vast majority of Lions fans.

Even if you don’t buy into his approach, it’s impossible to deny Campbell is an electric personality and an absolute Quote Machine who’s dropped plenty of hilarious soundbites since joining the organization. Only time will tell if he’ll be able to live up to his own hype or eventually wear out his welcome if he fails to reverse the fortunes of the franchise, but one thing is for certain: he’ll provide us with plenty of entertainment regardless of what ultimately unfolds.

On Sunday, the Lions improved to 1-1 on the season after beating the Commanders in the first game they were favored to win in close to two seasons. However, it’s all but certain they’ll be underdogs this weekend when they face off against the Vikings in an NFC Divisional matchup where Minnesota is currently favored to win by 6.5 points.

Campbell was one of the many people who tuned in to watch Kirk Cousins lose yet another Monday Night Football game when the Eagles handily dispatched the Vikings in prime time, and on Tuesday, the head coach (seemingly) joked about the Very Relatable night he had while attempting to scout his opponents.

How did Dan Campbell scout Vikings-Eagles on MNF?

"Normally, like any fan would. I fell over backwards in my chair drunk after the second half, I couldn’t even take notes anymore. Woke up, couldn’t read my notes. But I’m back in this morning, took some aspirin, we’re good."

I guess he hasn’t changed too much since his college days.