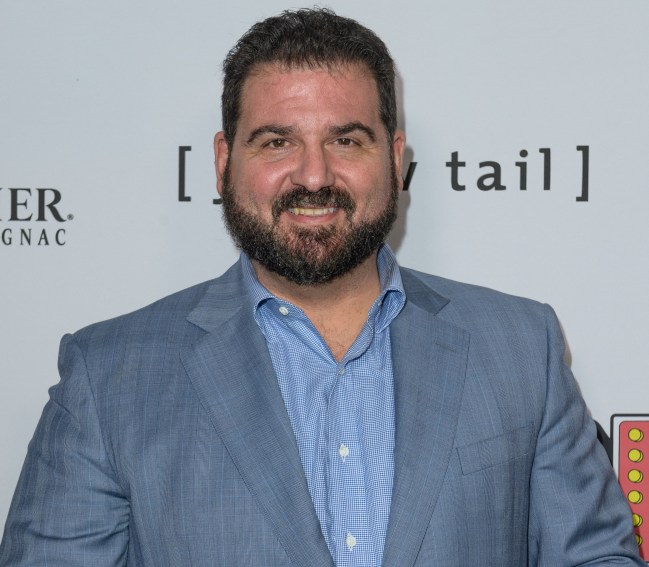 I’ve never been much of a Dan Le Batard fan when it comes to his sports opinions, as the ESPN personality’s humor just doesn’t mesh with mine. That’s OK, it’s not like the 51-year-old and I actually know one another, so there’s no harm, no foul. However, I’ll admit that I applaud anyone like Le Batard who can make a living talking about sports, and, on the surface, the dude seems to be pretty cool, so kudos to him for keeping things real.

While I don’t necessarily enjoy watching Dan Le Batard on TV or hearing him on the radio, after seeing a recent story about what he did for a now ex-ESPN employee, well, I actually kind of like the guy a little bit more.

As all of us know by now, ESPN had to recently lay-off up to 300 employees, while also pause the hiring of 200 open positions after the company has been bludgeoned by the pandemic. Not only were sports nonexistent for awhile earlier this year, but when they did resume, many sports fans seemed to ignore them, with the NBA Finals posting miserable ratings — the series was broadcast on an ESPN affiliate, ABC.

With so many ESPN staffers being forced out, there’s probably a lot of uncertainty about what comes next for them. After all, it’s not like sports media is thriving at the moment. But Dan Le Batard decided to do something amazing to help out at least one former employee of the Worldwide Leader: Personally rehire him.

According to Kevin Draper of The New York Times, the ESPN personality is taking it upon himself to bring back a producer named Chris Cote, whom worked with Le Batard for years. Not only that, but Le Batard is also giving Cote a raise and paying him directly out of his own pocket. Now that’s quite the kind gesture.

ESPN laid off Chris Cote, a producer on the Dan Le Batard show, last week. Dan announced on the show today that Chris will stick around and that Dan is paying his salary + a raise.

“We as a group are just something that somebody can lop off a head, it is just a number on the page, it is not anything human. Corporations don’t tend to be human, and if somebody had talked to me I would’ve pleaded on the idea of humanity.” pic.twitter.com/XSyTgDRi7p

There are nice things to do — like waiting and holding the door for somebody, or paying for the coffee of a person behind you in line — and then there’s this incredible move by Dan Le Batard, who is going above and beyond what’s necessary to take care of someone he’s loyal to. This is really awesome, and definitely goes to show the true colors of the ESPN personality.

And because people are presumably wondering, Le Batard reportedly earns a hefty $3.5 million per year from ESPN, according to sports media whiz Andrew Marchand of the New York Post. So, sure, he can certainly afford bringing back Cote as his personal assistant and could even pay him six figures, but how many of us would just openly do that? Not many.

Props to Dan Le Batard for doing something awesome here. There are a lot of people suffering from unemployment because of the failing economy, so, at the very least, he made things right for one guy and one family.