A Gambler Will Turn $1,000 Into A Cool $45,000 Thanks To A Couple Of Longshot Bets Once Tom Brady Officially Signs With Tampa Bay 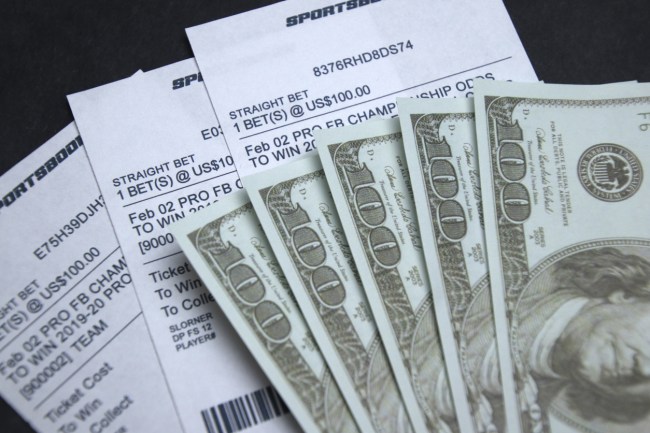 Tom Brady came into the most recent NFL season in the final year of his contract with the Patriots and virtually everyone on the planet was operating under the assumption that the 42-year-old would give New England another in a long line of hometown discounts and continue to wear the uniform he has for the entirety of his career.

However, in October, Adam Schefter took a page out of Adrian Wojnarowski’s playbook when he dropped an absolute bomb and revealed he was under the impression that the legendary quarterback was preparing to explore his options in free agency for the first time.

Brady was obviously displeased with the underwhelming offense he had to work with over the course of the year and didn’t do much to calm the nerves of Patriots fans who had to deal with an endless stream of reports concerning his future.

Things really heated up after New England lost to the Titans in the first round of the playoffs and Brady continued to refuse to confirm or deny rumors concerning his plans, but in the following months, it became clear that there was a very real chance he might actually take his talents elsewhere.

Earlier this week, TB12 officially plunged the dagger into the hearts of Patriots supporters when he announced his time in New England was officially up, and shortly after, we learned he’d opted to sign a contract with the Buccaneers, who are expected to pay him $30 million a year when the details are finally ironed out.

However, Brady isn’t the only person who’s going to make bank thanks to his decision to play elsewhere, as one better decided to throw down $1,000 on a couple of bets (with +5,000 and +4,000 odds) back in February in the hopes Tampa Bay would be his final destination.

The pro bettor who focuses on futures, and won $285K on Lamar Jackson winning MVP, appears to be on the cusp of at least winning $45,000 on the Brady free agency stakes. https://t.co/4UAFyuo4oX