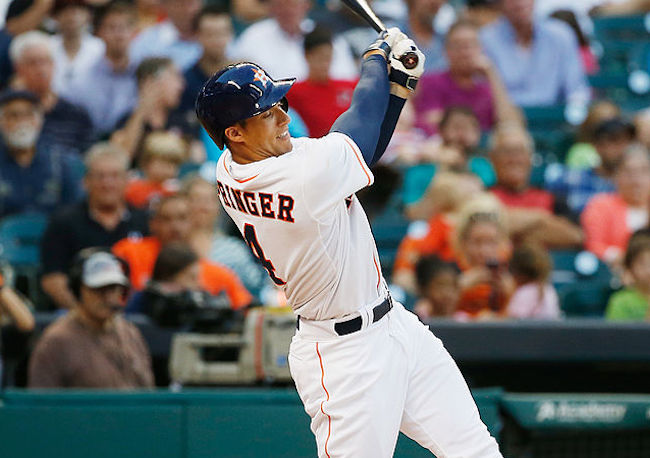 The most recent MLB offseason was easily the most entertaining one in recent memory courtesy of former Houston Astros pitcher Mike Fiers, who blew up the spot of his former team when he spoke with The Athletic last year and revealed the club had illegally stolen signs on their way to winning the World Series in 2017.

After conducting an investigation, Major League Baseball found there was ample evidence to back up the allegations but commissioner Rob Manfred left plenty to be desired when he lightly tapped the team on the wrist when it came time to discipline the franchise for its transgressions.

When everything was said and done,  the Astros were allowed to retain their title and none of the players on that year’s roster received any actual punishment (with the exception of Carlos Beltran, who was forced out of his job as the manager of the Mets before a single game was played).

As a result, people who are rightfully pissed at the Astros for being a bunch of cheating shitheads have been forced to channel their inner Batman and come up with some ways to dole out some vigilante justice.

Vegas seems to think Astros batters are going to be at the receiving end of a disproportionate amount of “errant” pitches this season, and based on the number of times Houston players have already been beaned in spring training, you’d be pretty wise to hammer that over.

Fans, on the other hand, have plenty of options at their disposal when it comes to taking out their frustrations, and earlier this week, I outlined a few ways the baseball world can come together as one to troll the hell out of the Astros this year.

However, it’s hard to go wrong with some good, old-fashioned booing and that’s what a number of the people in the crowd did on Wednesday when George Springer—the MVP of the 2017 World Series—stepped up to the plate during a game against the Mets.

The right fielder took a GIANT hack at the ball and would’ve done a pretty good job shutting the hecklers up if he had connected. Instead, he whiffed spectacularly and fell to a knee, which resulted in those boos turning into even louder cheers as spectators delighted in his failure.

George Springer is showered in boos as he steps to the plate, tries to hit a ball far to silence the crowd and falls to a knee pic.twitter.com/HhRXIBOGyj

According to ESPN, Springer spoke with reporters after the game and said he was focused on preventing the crowd from getting under his skin:

“I’m focused on the pitcher. I know who I have to face. Any of that outside [noise], you just have to attempt to block it out. At that point in time, it’s [focus on] whatever is on the field and you play.”