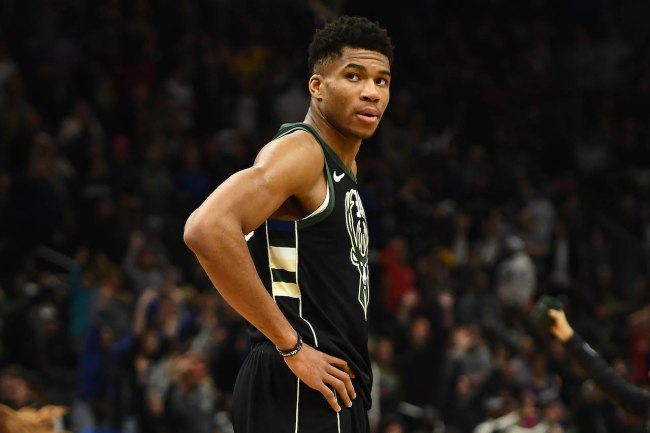 You know all those trade rumors involving Giannis Antetokounmpo over the past year or so? Yeah, they aren’t going away anytime soon. Not after the Milwaukee Bucks got bounced from the NBA Playoffs yet again without winning a championship, and the two-time reigning league MVP’s free agency looming. It’s go time for the Bucks, and they’ve got a massive decision to make this offseason.

For a small market like Milwaukee, there are basically three options when it comes to the future of Giannis Antetokounmpo:

It’s a tricky situation for the Bucks, and one that we’ve seen plenty of times before — especially in the NBA. Situations like LeBron James in Cleveland and Anthony Davis in New Orleans immediately come to mind, with the Cavs losing LeBron in 2010 during free agency, and the Pelicans pulling the trigger on a Davis trade last offseason. So what will the Bucks do with Giannis? Well, according to longtime ESPN reporter Ramona Shelburne, trading the back-to-back league MVP to the Golden State Warriors might make the most sense.

This isn’t a new rumor, as we’ve all heard whispers about the Warriors making a play for Giannis Antetokounmpo. But Shelburne joined 95.7 The Game’s “Damon, Ratto & Kolsky” show to explain why Golden State’s assets might be too good for the Bucks to pass up.

“If the Bucks do look to trade Giannis, from where I’m sitting, the #Warriors would have the best package to offer.” 👀 @ramonashelburne just told @DamonBruce, @RattoIndy & @thekolsky.

“For two years, we’ve heard the drumbeat of the Warriors with Giannis,” ESPN’s Ramona Shelburne said Wednesday on 95.7 The Game’s “Damon, Ratto & Kolsky” show. “If he doesn’t sign the extension (this offseason), Milwaukee’s got a decision to make.

“Can you risk it? Can you play it out with him (next season) and just hope he re-signs with you (after next season), or do you have to look to move him? And which teams would have the best package?

“Maybe you even have to talk about Klay Thompson or Draymond (Green) being in a package like that, too. But they have a great package if it comes down to it.”

Despite the denial from all NBA fans who hate the idea of the Warriors reloading with another league MVP in Giannis — pairing him with Stephen Curry and a few other former NBA champions — Shelburne nails it on the head when discussing Golden State’s prime assets. If we’re being blunt, should the Bucks decide trading Antetokounmpo is the best move for the franchise right now because he won’t re-sign before or during next summer’s free-agency, it’d be tough to beat a package with Andrew Wiggins, this year’s No. 2 overall pick in the NBA Draft, that top-three protected pick from Minnesota in next year’s draft and (possibly) another piece like Thompson or Green. That’s quite the haul, actually, and would keep the Bucks competitive in the East.

That said, trading away a once-in-a-generational talent like Giannis Antetokounmpo is a tough pill to swallow. Still, it beats the alternative: Watching him walk away on his own accord during free agency.

Although Ramona Shelburne outlines what a Bucks-Warriors swap could look like, she did add that she thinks Milwaukee rolls the dice and keeps “The Greek Freak” for the upcoming season, hoping he’ll stay when his free agency comes next summer. It’s risky, but that’s probably the right call.

Milwaukee can offer Giannis Antetokounmpo a supermax extension this summer, and, should he turn it down, it’ll be full panic mode in the Bucks’ front office. Whether that means they look to trade the MVP or stick to their guns and keep him is one of the biggest storylines in the NBA, and something that might need to be done should he show no interest in stating in Milwaukee beyond this season.