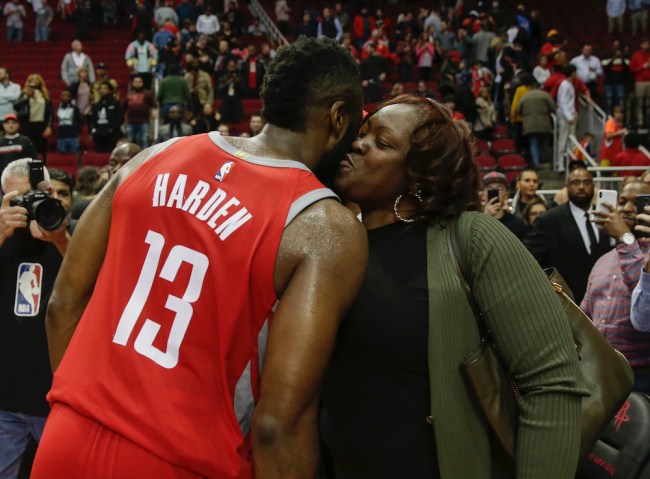 It’s been reported that James Harden is really trying to use his starpower to leverage his way out of Houston, with the former league MVP pretty much pressuring the Rockets into trading him to the Brooklyn Nets. Even after the franchise traded away Russell Westbrook for John Wall — who Harden reportedly preferred to play with — Harden still only appears interested in joining forces with Kevin Durant and Kyrie Irving to chase titles for the next couple seasons.

With Harden absent from training camp as the NBA season gets set to start in a matter of weeks — with the All-Star even being spotted at the club over the weekend without a facemask — it seems like he’s trying to act a fool in order to get the attention of Houston’s front office. The writing appears to be on the wall: Harden wants out.

Given James Harden’s salary (he’s owed $133 million over the next three seasons), moving him will be difficult. But the Rockets need to explore the idea now that he’s all but put his foot down. And for those who might be criticizing the superstar for trying to force his way to the Nets, Harden’s mom, Monja Willis, has a message for you — he’s just doing what’s best for himself.

That’s the position Willis appears to have made on Instagram, as she responded to a commenter who spoke poorly about the way Harden’s trying to force his hand and pressure the Rockets into shipping him out of town. Take a look below at what James Harden’s mom had to say.

“He has his own mind and can make his own decisions and I’m very proud of him for that.”

“His decisions in life, because this is his life and his legacy has nothing to do with you. He is doing what is best for his career. Please pay attention and understand. He has worked hard every time he suited up for his job, giving 210%. He ask for a chance to get a ring, that’s it. Anyone in their right mind in this busy would want that.”

James Harden's mom responding to criticism of him on Instagram. Unreal. pic.twitter.com/fMHmYiAA96

Nothing like some cold hard honesty from a mother, right? Say what you want to about the way James Harden’s handling all of this trade stuff right now, but mad respect to his mom for telling it like it is. She’s right, this is his life and his career, and after giving the Rockets everything he could each night over the past eight seasons, he deserves the right to ask out if he thinks there’s an opportunity to win a ring elsewhere — despite what you or I think.

Sure, he’s under contract with Houston after committing to them, but remember, he turned down a ridiculous two-year, $103 million extension this offseason to stand his ground. That takes serious balls, and further proves he’s ready for the next chapter in his career and life. Now we just need to see what ends up happening in this showdown between him and the Rockets.