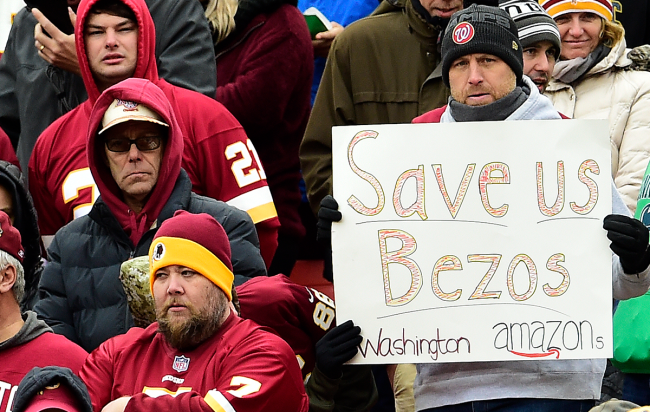 I can’t even imagine how devastated Jeff Bezos must have felt earlier this year when he was dethroned as the richest person in the world after Elon Musk’s net worth surged to $190 billion to surpass the Amazon founder’s paltry $177 billion fortune (although he’s managed to bounce back just like he did after his ex-wife found herself $37 billion richer following their divorce.)

It’s virtually impossible to fathom just how much Bezos has managed to accrue since he started selling books from a garage in Seattle, and while money may not be able to buy happiness, there’s basically nothing else on the planet he can’t buy if he’s ever in the mood for some retail therapy.

The man who is on pace to become the world’s first trillionaire within the next five years has previously dropped some of it on a $165 million mansion in Los Angeles and an $80 million pad in New York City, where he’ll be able to spend some of the free time he’ll have on his hands when he officially steps down as the CEO of Amazon later this year. He’ll still be focusing his “energies and attention on new products and early initiatives” at the company when he transitions to a new role, but based on a recent report, he may also turn his attention to a new venture: an NFL franchise.

In 2019, rumors began to swirl that Bezos was interested in adding a professional football team to his portfolio. At the time, there weren’t any owners who were actively looking to offload their organization, but last year, a new opportunity presented itself when Dan Snyder found himself under pressure to sell what would soon become the Washington Football Team after the Bezos-owned Washington Post published a series of damning reports concerning rampant sexual harassment in the organization.

After the news broke, a group of the franchise’s minority owners attempted to sell their 40% stake in the team only for Snyder to step in to block them from doing so. He found himself hit with a federal lawsuit as a result, and according to Front Office Sports, the investment firm the plaintiffs in the case hired as they angled to cash out fielded a phone call from Bezos’ lawyer after it began to put the feelers out.

As of right now, we don’t know what was discussed during the call, but Bezos has allegedly buddied up to Snyder since adding a home in Washington, D.C. to his real estate collection, and when you consider the Football Team is valued at an estimated $3.5 billion, it’s safe to say he could probably swing it.