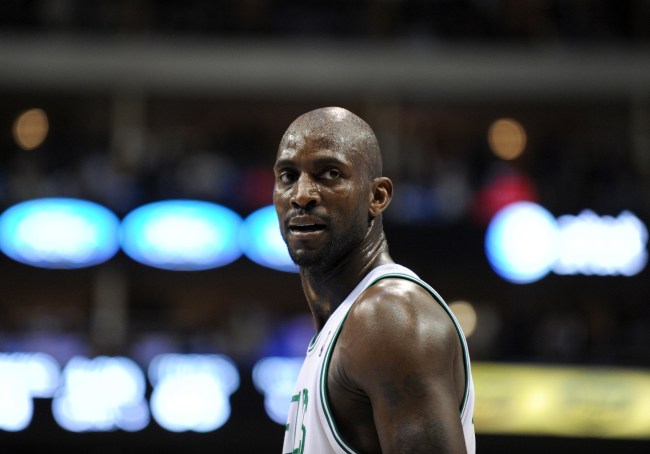 A Hall of Famer on the court for his hoops skills, Kevin Garnett was also a legend when it came to talking shit to opponents, with the forward capable of throwing another player off his game with some snarky words. Remember, this is a dude who nearly caused a fight after a game once for allegedly saying Carmelo Anthony’s wife tasted like “Honey Nut Cheerios.” Yeah, KG really knew what he was doing anytime he ran his mouth on the hardwood.

Even though Garnett’s been retired for a few years doesn’t mean he’s just sitting back letting the next generation do their thing. In fact, it’s the exact opposite, with the one-time champ reminding everyone he reigns supreme when it comes to cold-blooded shit-talking.

Over the past few years, Kevin Garnett has called a team owner (Glen Taylor) a “snake,” detailed a story about nearly fighting his own coach after a loss on national TV, and, well, has generally provided tons of entertaining stories. And he continued that during a recent appearance on the Load Management podcast, where he trashed bullshit LeBron James fans.

Describing the 2010 NBA Playoffs — when KG’s Boston Celtics defeated the James-led Cleveland Cavs, leading to the latter stripping off his jersey on the way back to the locker room and bolting for South Beach months later — Garnett blasted “The King’s” fans, saying his C’s broke the psyche of LeBron, and anyone who thinks differently is just bullshitting. Take a listen below at what the power forward had to say.

"For all you LeBron lovers, who don't know sh*t…"

“For all you LeBron lovers, who don’t know s—, who was actually four or even two years old when I was talking about this, and this was going on for probably, what?” said Garnett. “10? Like what, 12, 13 now? And, ‘oh you didn’t do anything.’ I get it. You’re defending. You love LeBron, I got it. We formed in Boston, and you can never get past that. So that’s why I say, we took the jersey off in 2010, he buried that jersey under the TD Bank Arena. That 23 ‘Bron jersey was buried under the Garden.”

Look at Kevin Garnett going after all those kids who were mere infants (if born at all) when James got humiliated during that 2010 playoff series. And, while I’m a huge James and Cavs fan, even I can admit that what KG and his Boston teammates did to LBJ was lethal, and absolutely led him to famously take his talents to South Beach in order to chase championships with better, more established teammates by his side.

Remember, the 2010 Cavs won 61 games and finished first in the Eastern Conference, but didn’t have the championship meddle that the Celtics did. In fact, if you’re looking for a similar situation in the present, just look at what two-time league MVP Giannis Antetokounmpo is going through with the Milwaukee Bucks — with his team having regular season success, but very little in the playoffs. That’s not to guarantee Giannis is leaving, but it’s eerily similar to what LBJ went through during his first run in Cleveland.

As for Kevin Garnett, good on him for putting some of these bullshit James defenders in their place. I’m a (*checks the date*) 36-year-old man who fondly remembers the hardships LBJ went through on his way towards winning his three NBA titles, and witnessed firsthand how frustrating it was to see him fail early in his career to teams like KG’s Celtics. Some of these kids have no basis for arguing how great James really is other than seeing him win in Miami, and then years since. Garnett sends a not-so-subtle reminder that LeBron wasn’t always the player he is now, nor did he have the mindset to dominate as easily as he does today.