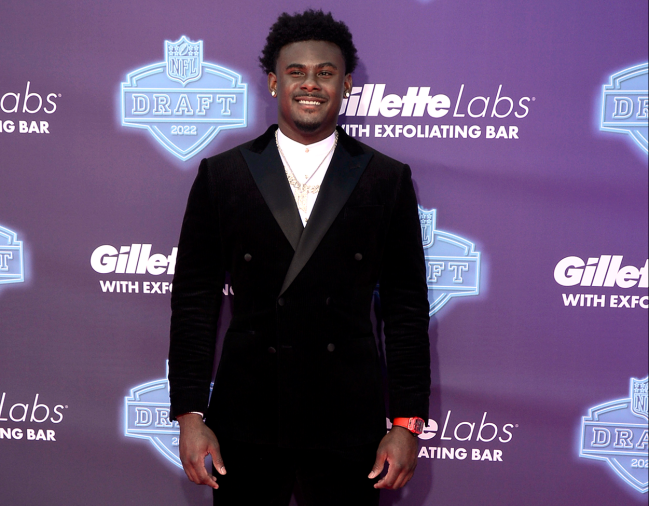 Every story that continues to come out about Malik Willis makes him more likable than the one before. The 22-year-old quarterback quickly rose up NFL Draft boards during the offseason for his on-field play, intangible athleticism and all-around good guy attitude.

During the NFL Combine, Willis was filmed giving some of his gear to a homeless man on the street in Indianapolis. That in itself speaks to his character.

As for his actual performance during the combine, he interviewed extremely well and put on a show. A sideline video of Willis admiring his best throw of the weekend is ice cold and makes it clear why he should be one of the top signal-callers selected.

The Auburn-transfer-turned-Liberty-starter followed it up with an insane throw at his Pro Day. Meanwhile, Willis continued to impress NFL franchises across the league with how he carries himself.

He made his case to become a first round pick and with that honor comes a lot of money. Prior to the Draft on Thursday, Willis shared how he plans to spend his first NFL paycheck — his signing bonus.

Instead of spending it all on himself, he is going to give back to the woman that helped him get to where he is today, his mom. Willis said that he plans to buy her a brand new G-Wagon.

First thing @malikwillis is doing after getting drafted:

Buying his mom a car 🚗 pic.twitter.com/Suf7jBJ8wR

Once again, Willis continues to standout as someone who is a stand-up guy who puts others first.