Michael Irvin About Had A Coronary Discussing Cowboys Vs. Eagles With Stephen A. Smith And Max Kellerman 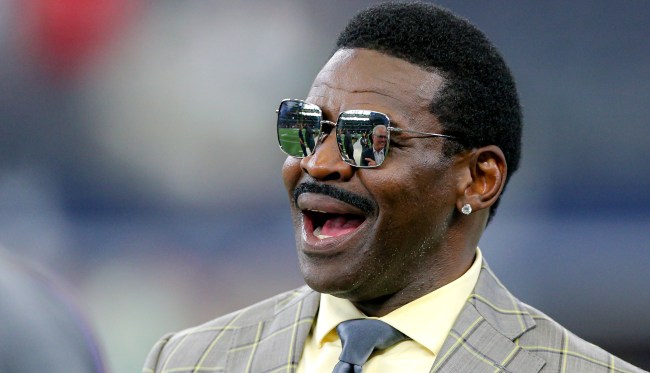 Almost every time Michael Irvin appears on First Take and argues about the Dallas Cowboys with Stephen A. Smith he gets so worked up that if ESPN doesn’t have paramedics standing by on set with defibrillators at the ready, they’re really rolling the dice. Because bro… gets… animated.

This week Irvin and Stephen A. tackled to topic of the upcoming key division game between the Cowboys and the Philadelphia Eagles.

When Smith tried to claim that the Cowboys weren’t still in first place in the NFC East (they are, by way of tiebreaker), Irvin looked like he was on the verge of having an aneurysm.

“You’re doing it again,” Irvin replied to Smith. “You’re taking the reality and making it your-ality. It’s not your-ality, it’s reality. The Dallas Cowboys are in first place right now! If the season ended they would be NFL East champs! We have a championship game to play Sunday! We can lock down the NFC East championship! They are the first place team! You gotta give them that!”

Your-ality (noun): reality to only you. See Stephen A. Smith.

Smith was just getting started pushing Irvin’s buttons, however. When he called the Cowboys a “walking piece of mediocrity” and said the team’s been that way for the past quarter century, Irvin really began to lose it.

“I know that we must crawl before we walk!” replied Irvin. “We must walk before we run! And right now, winning the NFC East is crawling! Getting into the playoffs is walking!! And then getting to the Super Bowl is running!!! It is a process by whcih you cannot avoid!! So, I’m taking each step and celebrating as those steps go by!! That’s the reality of it! Right now it’s about winning the East! You get in the playoffs, you start playing well in the playoffs, that’s how you get to the Super Bowl!”

Then Max chimed in to get Irvin even more fired up by questioning why the Dallas Cowboys are called America’s Team, knowing full well it would just set The Playmaker off on another yelling spree. Irvin legitimately started looking a little bit pissed off. 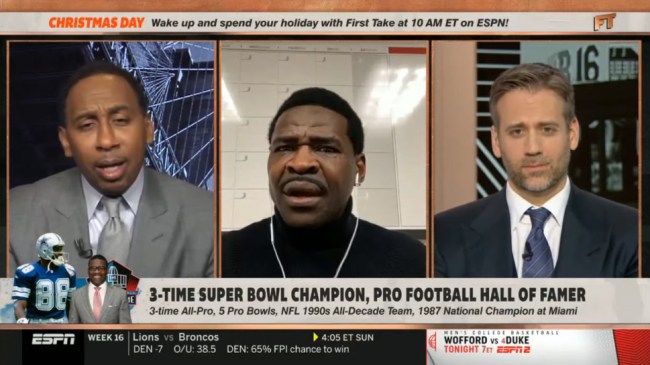 Irvin really needs to stop appearing on First Take before he has a stroke live on ESPN.