Browns GM Reportedly Told Odell Beckham Jr. He Won’t Be Traded This Offseason, So Does It Mean Freddie Kitchens Will Be Canned? 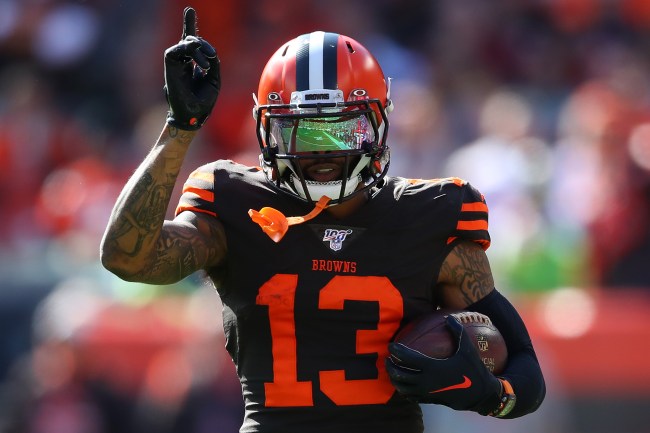 Odell Beckham Jr. hasn’t had the season he, nor fans, have grown to be accustomed to seeing from the Pro Bowl wide receiver. After being traded to the Cleveland Browns last offseason, OBJ has caused more drama for things like visors or cleats or, more recently, being seen arguing with head coach Freddie Kitchens during a Week 16 loss to the Baltimore Ravens. To say Beckham’s first season in Cleveland has been forgettable is an understatement.

Given his drop in production and the overall complacency and inconsistency of the Browns overall, there have been swirling rumors that Odell Beckham Jr. has requested out. Various reports have shown the mercurial wideout voicing his frustration in various forms, whether that be on the sideline during games, or while mics are close as he gives dap to opposing players, allegedly proclaiming the now infamous phrase, “come get me.” While OBJ has shut down those rumors by saying he’s not going anywhere, some aren’t buying it.

Well, it might be time to start believing that Odell won’t be headed anywhere anytime soon, because, per Ian Rapoport of the NFL Network, Browns GM John Dorsey has reportedly told the talented receiver that he will not be traded this offseason.

From @NFLGameDay: #Browns WR Odell Beckham had a good reason for saying that he's not going anywhere … because that's exactly the message the front office communicated to him. pic.twitter.com/OEWYXqC7wG

Now, this shouldn’t be too surprising of a report — after all, Odell Beckham Jr. is one of the best receivers in the NFL — but does it mean that head coach Freddie Kitchens could be on the outs? Considering Kitchens has struggled all season long after going from an assistant to a coordinator to a head coach in a matter of 10 months proves that he may have been in over his head. Could the Browns front office promise OBJ that Kitchens would be gone to silent the trade rumors? Possibly.

Who knows what might happen with Odell Beckham Jr., Freddie Kitchens and the Browns as the 2019 season winds down. In a season full of dysfunction after high expectations — remember, this team was a trendy Super Bowl pick — there are clearly changes that need to be made. Head coaches usually get the finger pointed at them, and then the ax, when ships sink like this, with superstars like OBJ being valued more by franchises. This may be what’s happening in Cleveland, so Kitchens might want to start gathering his valuables and prepare for the worst; because the front office seems to be determined to keep the stars on the roster together.