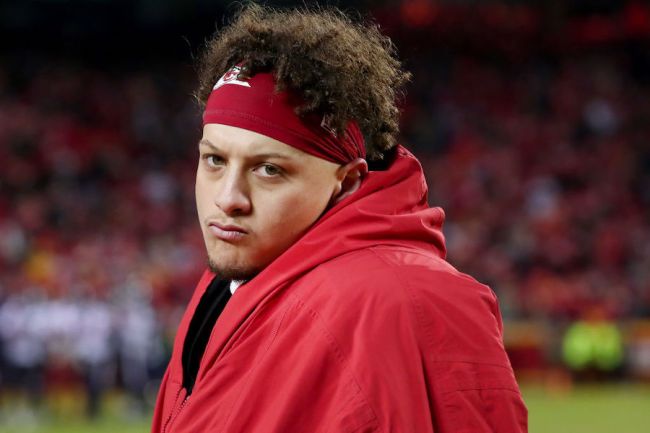 Patrick Mahomes seems to be a likable fella. His fiancee and mom, on the other hand, are a bit much.

Mahomes is addicted to ketchup. It’s not the worst food obsession but seems odd for any human over the age of 10 or one possessing taste buds.

Eh, “live and let live” as the motto goes, right?

Well, the Kansas City Chiefs quarterback dropped several pegs down on my likability scale (PDF copies available) after admitting on KCSP 610 Sports Radio he puts ketchup on his turkey and ham at Thanksgiving.

On fucking turkey and ham!

“Yeah, dude. I mean, come on. You gotta put ketchup on that — turkey and ham,” Mahomes said. “Come on, you know me better than that.”

No, I don’t, Patrick. I thought I knew you. I thought I had you figured out. I actually openly cheered for you at the Super Bowl last year.

Sure, the ketchup stuff is weird, but I was willing to look past your odd culinary choices because you seem to be a genuinely good fella and a team leader, turned Arrowhead into a polling center, dropped sick on money on jewelry for his girl, and owns at beer pong.

But these ketchup shenanigans are out of control.

Mahomes joked about ketchup at Thanksgiving last year. At least I thought it was a joke.

Happy Thanksgiving!! Thankful for so much in my life! Hope everyone has a great one! #DontForgetTheKetchup

Maybe this is all just a part of his deal as a spokesman for Hunt’s Ketchup and the quarterback is financially compensated for saying he puts ketchup on everything, when in reality, he’s a goddamn grown up and doesn’t do that shit.