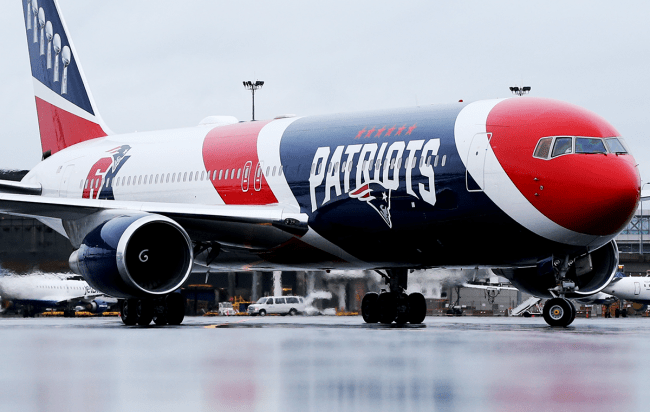 Sunday will mark the tenth time Tom Brady will be playing in the Super Bowl over the course of the 21 seasons he’s spent in the NFL. However, this will be the first one where Robert Kraft won’t be making the trek to watch the G.O.A.T. vie to bring the Lombardi Trophy back to New England, as Brady will be representing the Buccaneers while capping off a season where he emphatically silenced all of the haters who’ve described him as a “system quarterback” over the years.

When you consider how quickly Brady managed to bounce back after his 20-year relationship with the Patriots came to an end, you have to imagine it’s been kind of tough for Robert Kraft to watch him continue to do his thing in Tampa Bay—especially when Cam Newton didn’t even manage to come close to filling the gigantic void he left behind. However, he’s handled the breakup much like someone who starts volunteering at a dog shelter to distract themselves by focusing on some incredibly admirable charitable efforts in the wake of Brady’s departure.

In 2017, the owner dropped an estimated $200 million to purchase two 767s (dubbed “AirKraft”) to make the Patriots the first franchise in the NFL to have their own private fleet. However, they haven’t been reserved for shuttling the team from city to city, as Kraft flew students who lived through the Stoneman Douglas shooting to Washington D.C. in the wake of the tragedy and let Navy’s football team hitch a ride to their bowl game in 2019.

Last year, the Kraft family dispatched one of the planes to China to pick up over one million N95 masks that were distributed to healthcare workers on the frontlines around the Northeast who were facing a PPE shortage after the pandemic arrived in full force. Now, that very same aircraft is at the center of another awesome story, as it will shuttle 76 vaccinated medical professionals down to Florida to join the more than 7,500 people in the field who were gifted tickets to watch the showdown at Raymond James Stadium.

I’m sure it’s only a matter of time until someone figures out a way to write some idiotic Hot Take on why this move is Actually Bad, because the internet is a dumb place filled with dumb people. However, I—like any reasonable person—would like to give major props to Kraft and his family for once again doing what they can to give back.