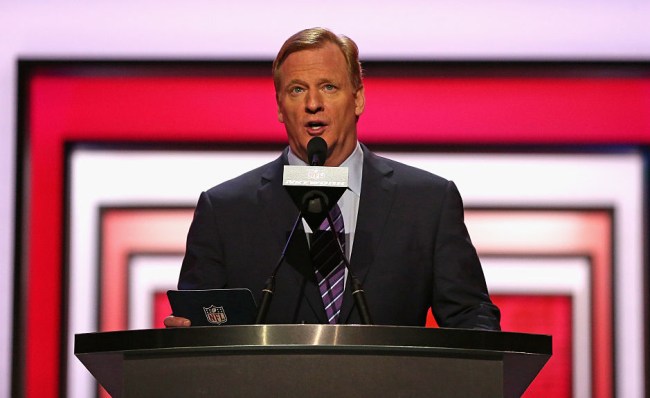 When Adam Silver announced the NBA was suspending its season last month and caused basically every other league to follow suit, I was initially pretty pissed off to suddenly have sports ripped away from me for the first time in my existence. However, I eventually came to terms with the fact that the correct call had been made and have gradually adjusted to our suddenly surreal reality.

However, there are a number of people who had a hard time accepting it—particularly those affiliated with testosterone-fueled sports with a proud tradition of hypermasculinity and the overriding philosophy that anyone who doesn’t play through adversity is what is commonly referred to as “a weak little bitch.”

Dana White was easily the poster boy for this bullheaded mentality, as he was adamant that he wasn’t going to let a pesky global health crisis get in the way of UFC 249 and only backed down after ESPN and Disney ordered him to stop being such a dickhead.

The past few weeks have also shown that the football world is filled with Guys Being Dudes Who Don’t Understand How Infectious Diseases Work, as Dabo Swinney basically suggested we should have a bald eagle attack the bug before Mike Gundy came along and made his stance look reasonable with a top contender for 2020’s Hot Take of the Year.

The NFL has also taken some heat for how it’s handled things, as Roger Goodell responded to the GMs and executives who had the nerve to suggest it might be a good idea to delay the draft a bit by threatening to punch them with his iron fist.

Thankfully, he eventually accepted it might not be a good idea to have more people than necessary travel to Las Vegas (the correct number was “zero”), and last week, the league announced it will be pivoting to a virtual selection process. It might not be a perfect solution, as some teams have voiced their concern over the possibility they could be hacked (because there’s apparently no way for an organization that rakes in $8 billion in revenue every year to address that) but it’s the best one we’re going to get.

Faced with the task of finding an alternative to the traditional stage, Goodell examined all of the possibilities, and according to Peter King, he’s decided there’s no better place to post up to reveal who’s been selected in the first round than the basement of his house just outside of New York City.

FMIA filed in full to ace ed @dombonvissuto … Draft nuggets, an NFL galley I had a lot of fun compiling, plus the usual nonsense.
Happy Easter everyone!
–
One other thing: Roger Goodell will (as suspected) announce first-round picks standing in his basement in Bronxville, N.Y.

As countless fans noted after the news broke, this is an ideal location for Goodell to sequester himself because it means he can avoid being met with a chorus of boos for the first time in his career and it would be such a damn shame if someone did manage to hack into the broadcast to rectify that problem.

However, if he wanted to actually gain some favor from fans, Goodell has a fantastic opportunity here to throw on some basketball shorts and a “New England Patriots Super Bowl XLII Champions” shirt and occasionally hit up the kegerator in his man cave between rounds.