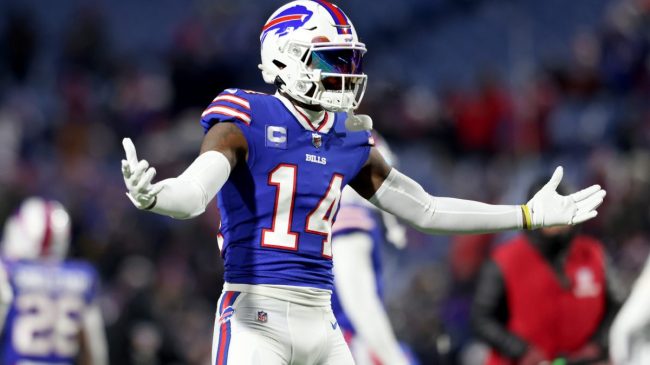 Simply put, this NFL offseason has been wild.

We’ve seen blockbuster deals for Aaron Rodgers and Deshaun Watson. Russell Wilson is leaving Seattle. Davante Adams is off to Las Vegas. Tyreek Hill has found a new home, too.

The quarterback market has been even crazier.

Pittsburgh, Indianapolis, Atlanta, and Washington all have new signal callers for the upcoming season.

Oh yeah, and did we mention that Tom Brady is coming out of his brief retirement?

It seems the only person that hasn’t moved is Baker Mayfield, though he’ll soon be on his way out of Cleveland if he gets his way.

With all of this action over the last few months, NFL players and fans have been in complete awe.

He’s been posting his reaction to all of this offseason action on Twitter, and it pretty much sums up how all of us are feeling.

If you’ve been following Stefon Diggs on social media the last few days, you know how he feels about all of these NFL moves. There will be old faces in new places throughout the league. These changes have gotten everyone talking about the upcoming campaign.

Check out Diggs’s reaction to the offseason deals.

The hell going on…

We’re with you, Stefon. The offseason has been absolutely nuts.

But the shakeups should only lead to an even more entertaining 2022.