Wait, Bill Belichick Turned Down The Chance To Trade For Stefon Diggs In March After Vikings Gave Him The Opportunity? 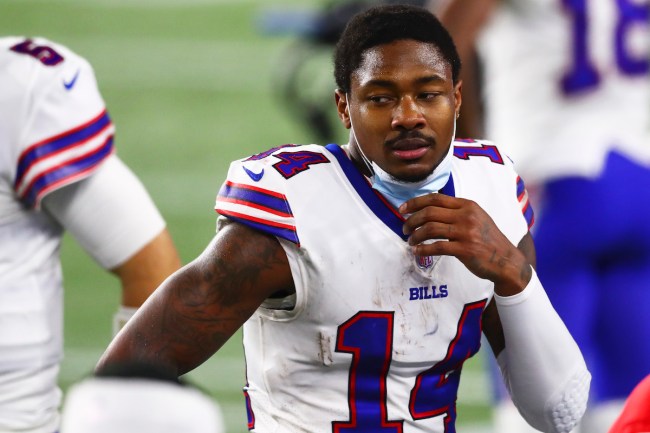 Sorry, Pats fans, but Stefon Diggs might have been the one that got away. That’s the indication from a recent report written by Ian Rapoport, who detailed how the All-World wide receiver was oh so close to being traded to the Patriots from the Vikings back in March, but head coach-general manager Bill Belichick ended up turning down the opportunity to send a final counter offer. As it ended up, Diggs landed with the Buffalo Bills, led the league in receptions and receiving yards, and helped the team reach the AFC Championship Game for the first time since the 1993 season.

According to Rapoport’s article on NFL.com, the Vikings were in serious talks about a Stefon Diggs trade with both the Patriots and Bills, with Buffalo sending in their best and final offer following a cryptic tweet from the wideout. Prior to accepting the deal, Minnesota asked Belichick if he’d like to counter — and he refused — costing New England, arguably, the best wideout in the league.

Sources say that when the Minnesota Vikings were poised to deal star receiver Stefon Diggs on March 16 in a blockbuster trade that included a first-round pick, it was the Bills and New England Patriots as the two final suitors.

Before Minnesota received four picks — including a first-round pick — from Buffalo for the playmaker, the Vikings called New England to give them a chance to match or improve the offer. When Bill Belichick and the Patriots declined, Diggs was off to the Bills.

In a rare win-win agreement, the Diggs-to-Buffalo trade was one of the key factors that landed the Bills in the AFC Championship Game against the Chiefs. Several sources broke down how it all happened this week, while Diggs — the first-team All-Pro — declined to reflect … yet.

Now, who am I to question the great Bill Belichick’s decision-making when it comes to his own roster? After all, the guy is the best coach in NFL history and has more than a handful of Super Bowl rings as proof. But missing out on a Stefon Diggs trade has to be one of his biggest regrets, especially after seeing how pathetic the Patriots’ offense was all season long, with quarterback Cam Newton lacking any weapons who struck fear in opposing defenders.

Making matters worse is this: Diggs’ performances against the Patriots in the two games he played the AFC East rival. Just take a look below at the damage the receiver did to New England’s defense.

It’s rare for Belichick to take an L when it comes to personnel decisions, but after the Newton experiment failed in New England, Tom Brady excelled in Tampa and led his team to Super Bowl 55, and the opportunity to trade for Stefon Diggs was passed by, the past 10 months haven’t been great for the legendary coach. It’d be interesting to hear if he’d change anything if given another chance here.

Bill Belichick and the Patriots value draft picks more than any other franchise, so it’s not surprising the team didn’t part with a bunch of them, even for a talent like Diggs. But, wow, after seeing how the receiver performed for the Bills this season — and will, presumably, continue to face New England two times each season in the AFC East — something tells me people in Foxborough are kicking themselves a little bit over this decision.