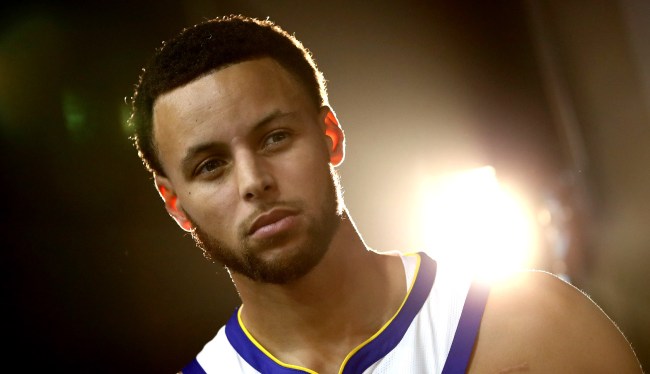 Earlier this week a report surfaced that following Game 5 of the NBA Finals – the game during which some Raptors fans cheered when Kevin Durant got hurt – some unruly Toronto fans were heckling and yelling obscenities at Steph Curry’s mother and father back at the team hotel.

Many Canadians have since apologized for the behavior of some of the worst of their team’s fans, including a special message from King Bandwagon Drake and even started a GoFundMe for Durant’s charity.

However, no one has yet to apologize to Steph Curry for his family being treated so poorly by Raptors fans just four days after a Raptors fan was arrested for making vulgar comments about Curry’s wife, Ayesha. Something that he addressed at the media session for Game 6.

Embed from Getty Images
“I think in terms of being in the Finals five years in a row and being on this stage, it’s hard to avoid those interactions with fans that want to kind of impose their — or make their imprint on the series somehow, in some way, especially with social media these days,” Curry responded when asked about this aggresive fan behvior by Josh Peter of USA Today.

“I think it’s kind of stupid, to be honest, in terms of people camping outside our hotel just to yell expletives at either us or our family members or whatever the case is.

“But we handle all that stuff with class and try to ignore it the best we can. And if they get something out of it, so be it. But it doesn’t affect us at all in terms of what we’re trying to do and how we carry ourselves as a team as players and as people that represent us and our families as well.”

Lock ’em up, Canada! You know you want to.