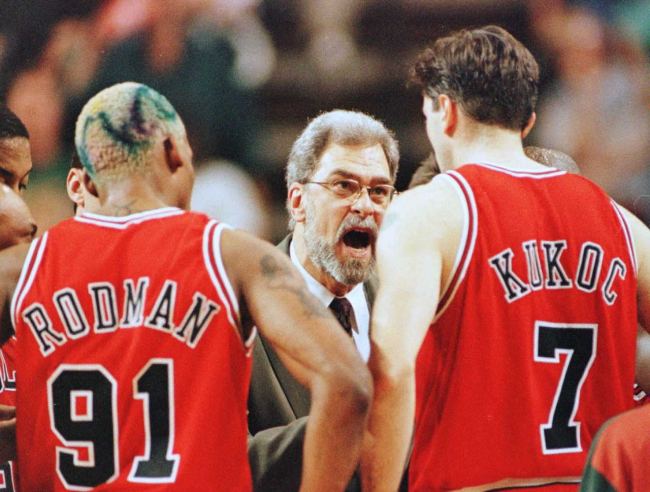 One of the most underrated players during the Chicago Bulls’ run towards six titles in the ’90s was Toni Kukoc, who played hoops with that crafty European style that seemed to regularly frustrate opponents. One day, he was a 6’11” point guard who could handle the rock and shoot from deep. Another day, he’s playing down low and guarding a big man. Kukoc truly was the epitome of the stretch four that’s become so popular in the NBA these days, and could impact games in so many different ways.

While “The Croatian Sensation” was solid on the basketball court, when it came to partying, well, it doesn’t sound like he was as much of a superstar as some of his more famous teammates were — most notably, Dennis Rodman. Then again, stories of Rodman are legendary, so it’s hard to imagine anybody going has hard as he did during his prime, let alone just keep up with him for a night.

But how savage was “The Worm’s” partying habits? So wild that Toni Kukoc once said he needed a 7-10 day recovery period after going out with Rodman one night. Take a look at what Kukoc once had to say about living the nightlife with his former teammate.

Per Basketball Network, via Svlačionica:

“It’s a special type of story, and I couldn’t keep up with him. I partied only once with him because, after that, you need a 7 to 10 days recovery period afterward.”

“There were four of us out, and the first thing he ordered for a drink was 40 shots of vodka and ten beers. I asked him if there are more people coming, and he just said it’s important to keep the bar open. Everybody who was at the bar that night, he had free food and drinks on Rodman.”

Is anybody surprised by this at all? Like, knowing what we do about Rodman and his balls to the wall mentality (especially when it comes to partying), should anyone be shocked that he ordered 40 shots and 10 beers the second he walked into a bar to give the people what they want? No, not at all. This is the kind of stuff that made the dude an absolute beast. And the fact that he could rebound from a night like this and then go out and grab a bunch of rebounds during a game is even more impressive. It defines what science says should happen after wrecking a body.

Imagine being an innocent Toni Kukoc in that situation and thinking he was going out for a cocktail or two with his then Bulls teammate, only to see it turn into a full-fledged rager that, in his own words, required a 7-10 day recovery period. That’s some next level stuff right there, man, and it’s only further proof that Rodman went harder than anybody else both on and off the basketball court.